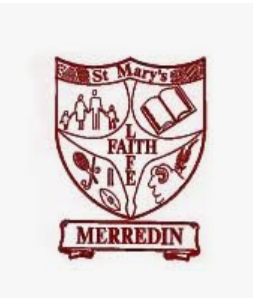 In Sunday’s Gospel, Jesus says, “I am the truth, the way and the life.”  What he means by this is that if we believe in Jesus, he promises us a place in heaven with him.  It’s more than just accepting that he lived two thousand years ago in Israel.  It means being open to the Holy Spirit, breathing in the life of grace that empowers us to follow Jesus and live our lives according to his teachings.

May as the Month of Mary

The Catholic Church traditionally devotes the month of May to Mary, Jesus’ mother.  Teachers will be having a special focus in their classrooms on Mary through different activities including but not limited to Marian songs, prayers, reciting the rosary and completing Marian-related activities.

St Mary’s School has now gone live with the Administration of Schools system (AoS).  The migration took place over the holidays and last week.  Mrs Ryan and Ms Holmes have both worked tirelessly over this time to ensure that St Mary’s School was ready for the transition and after a week of remote training they are ready to use the new system.  I can’t thank Lorraine and Jasmin enough for their efforts to make the move to AoS seamless for our school.

The cooler weather we have been having means that Bush Play can begin next week.  For next week and due to COVID19 restrictions around playgrounds, bush play will take place every day at lunchtime – giving students an alternative play option.  Moving forward, bush play will then occur on Tuesday and Thursday at lunchtime only.  Thank you to Mr Matt White for preparing the bush and ensuring that it is safe for our children to play in!

Monday’s P&F Meeting, which was on the term planner, has been postponed.

Due to unforeseen circumstances the canteen will not be available on Monday, 11th May. Orders placed will be honoured next Monday, 18th May.

Drop Off and Pick Up

Thank you very much to parents for following the drop off and pick up procedures that have been put in place for the time being and not coming on to the school grounds or leaving their  vehicle while on the site.  For those parents using the back car park as a drop off and pick up point please  join the queue.  When you see your child/children coming out then you may pull out of the queue (if it is safe to do so) and pull up at the pedestrian crossing so that your child/children can enter your vehicle.  Alternatively, cars can follow the queue.  Due to the large number of children and vehicles it is not safe to have the children walk to parked cars and waiting parents.  Please ensure that all friends/family members who may pick up your child/children are aware of these arrangements.

As much as the start to Term Two has been a little different to normal I want to thank the St Mary’s School community for their flexibility, understanding and support of the interim measures that have had to be put in place at St Mary’s School during this pandemic.

We wish all the mothers and mother figures in the St Mary’s School community a wonderful day on Sunday filled with breakfast in bed, beautiful gifts and more importantly the love shared between families in celebration of ‘mum’.

Year One RE Corner

The Year 1 class have listened to the story of Jesus and Zaccheus. We acted the story out, in the form of an echo pantomime. We copied the actions of Mrs O'Malley to re-tell the story.

Let's step into the story of Zaccheus:

One day, Jesus was going through Jericho. Zaccheus wanted to see Jesus. Zaccheus was a tax collector and a very rich man. He was a short man. Zaccheus could not see Jesus because there was a large crowd. So he ran ahead of the crowd and climbed a sycamore tree. Jesus stopped at the tree. Jesus looked up and said, 'Zaccheus, come down, I want to stay at your house today.' Zaccheus hurried down. The crowd all grumbled. They didn't like Zaccheus for he was a cheat. But Zaccheus said, 'I will give half of all I own to the poor. If I have cheated anyone, I will pay them back four times what I stole.' Jesus said to Zaccheus, 'Today you are a happy man. I have come to make friends with people like you.'

This is the story of Zaccheus. Let's step out of the story and back into the classroom.

JESUS FORGIVES AND GIVES US ANOTHER CHANCE WHEN WE ARE SORRY.

It has been a wonderful first term for Pre Kindy. The children have had a lovely time playing with play dough, making new friends, painting, playing in the sandpit, role playing in home corner, colouring and making crafts to name just a few things. The children love listening to the story Mrs. Cruz reads to them each week, one week we read the story of a wombat who goes on the search for carrots only to end up in a school yard, so that week's activity was all about carrots ,we painted carrots, peeled carrots and then ate carrots. We dance and sing to music and as you can imagine the song "Let it Go" is one of the favourites. 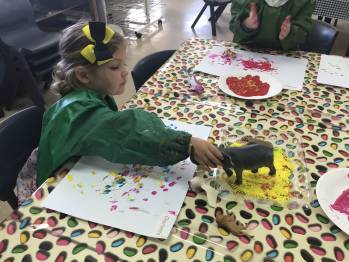 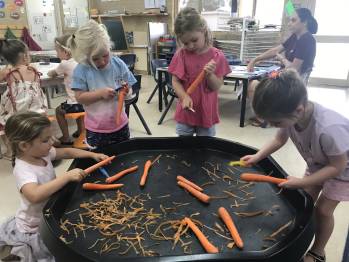 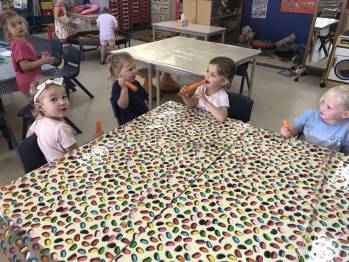 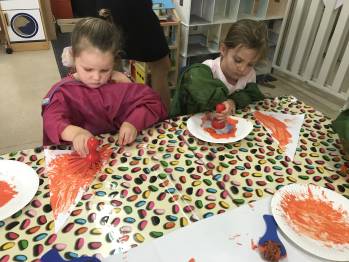 We have been looking at lots of different activities this term for Digital Technologies.

The Year One class have been using the Bee Bots and learning how to code them to move.

The Year Two class have been looking at The Water Cycle and then used Scratch Junior to show their understanding of it.

The Year Three Class have been researching about Mars Rover’s and designing their own. They then created their own using the We DO 2.0 Lego and coded them to move.

The Year Four and Five Class have been researching the NASA Website and learning about Meteors and Meteor Showers.  They have been learning how to code the Sphero’s.  We then coded the Sphero’s to create a Meteor Shower with our Earth being a football.  They had lots of fun doing this!

The Year Five and Six Class have been researching about Earthquakes and learning how to use Excel to show the Richter scales of different earthquakes in Australia. They also chose a Volcano they wanted to research and created a SWAY Presentation to present to the class. 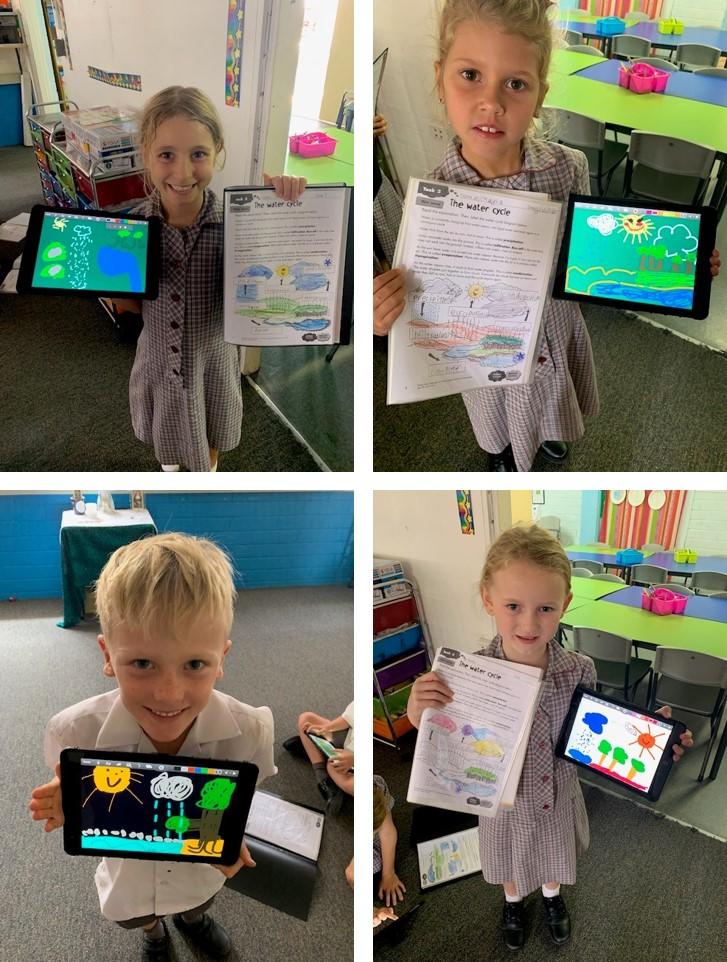 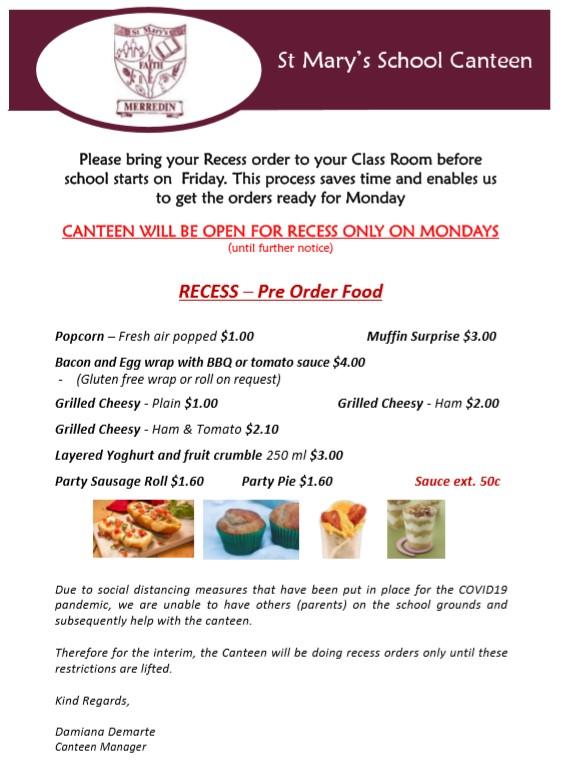 Book Club - Orders Due by Friday 15th May 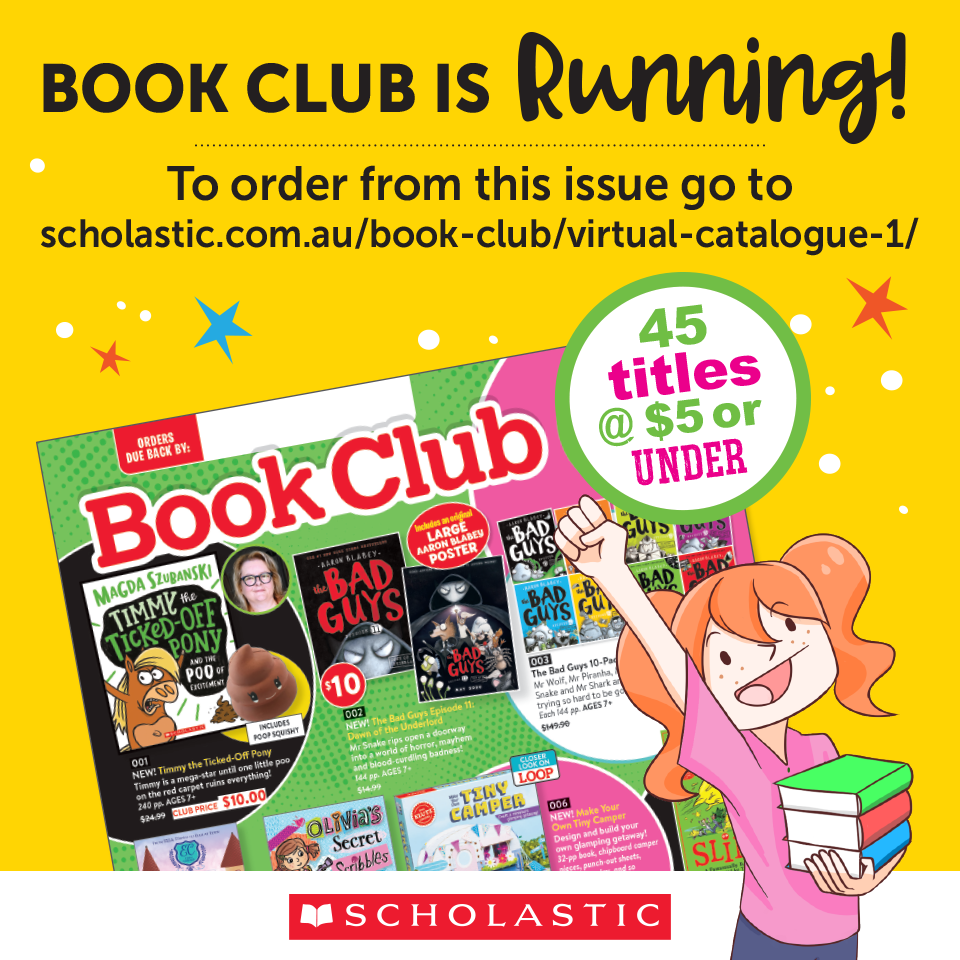 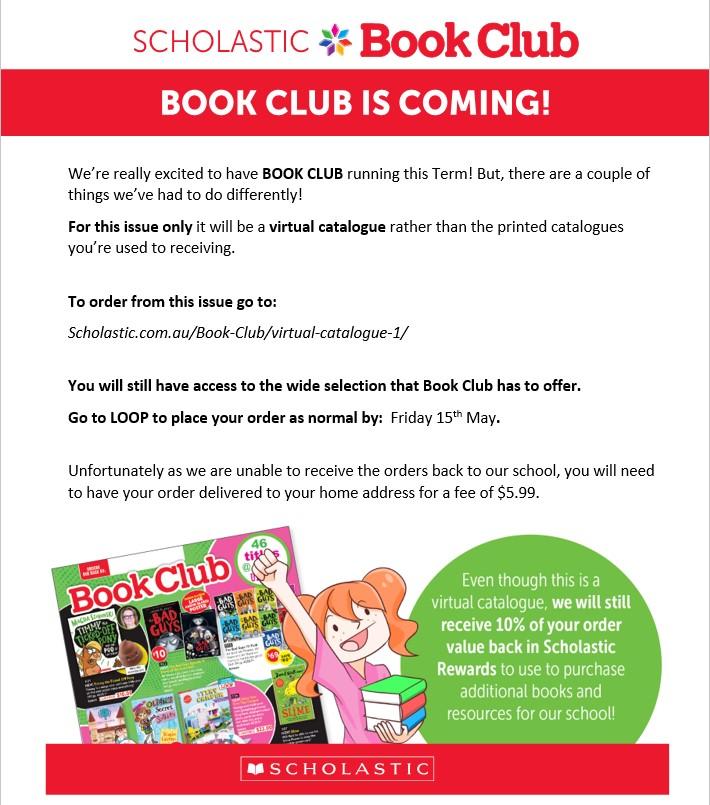 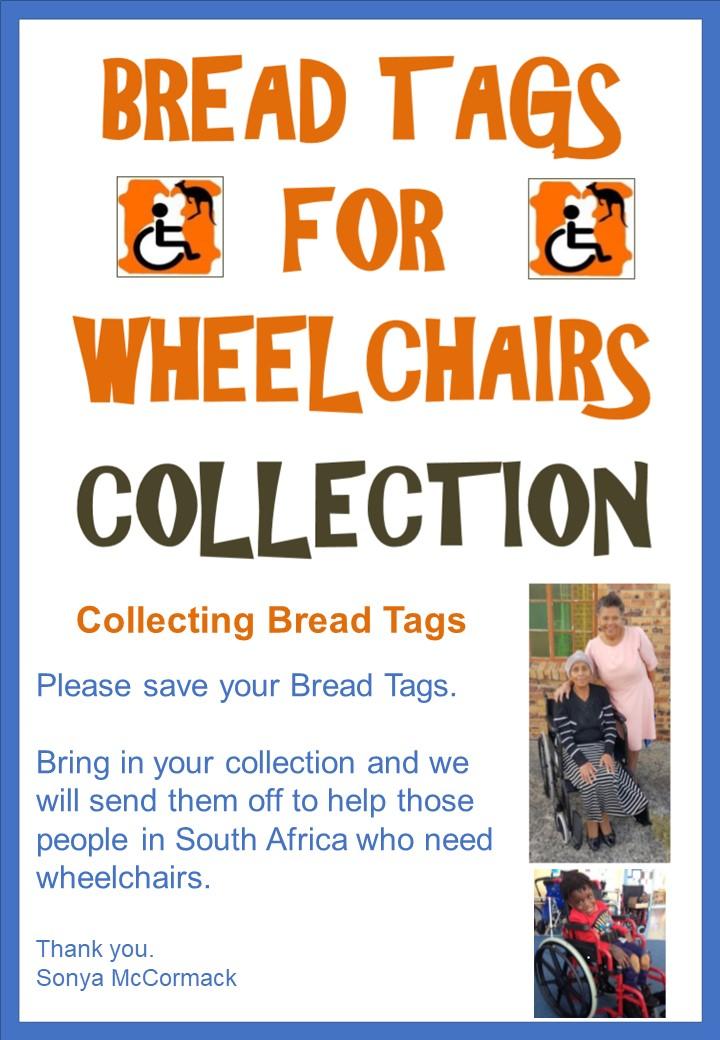 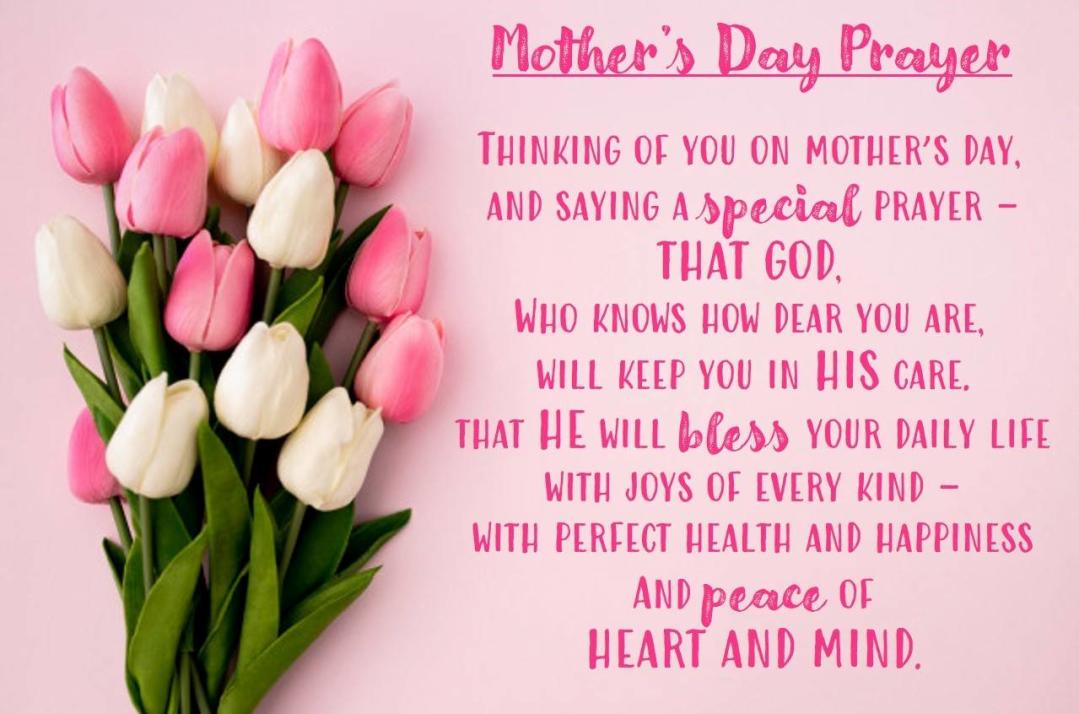 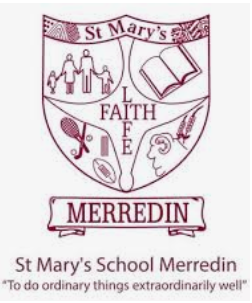 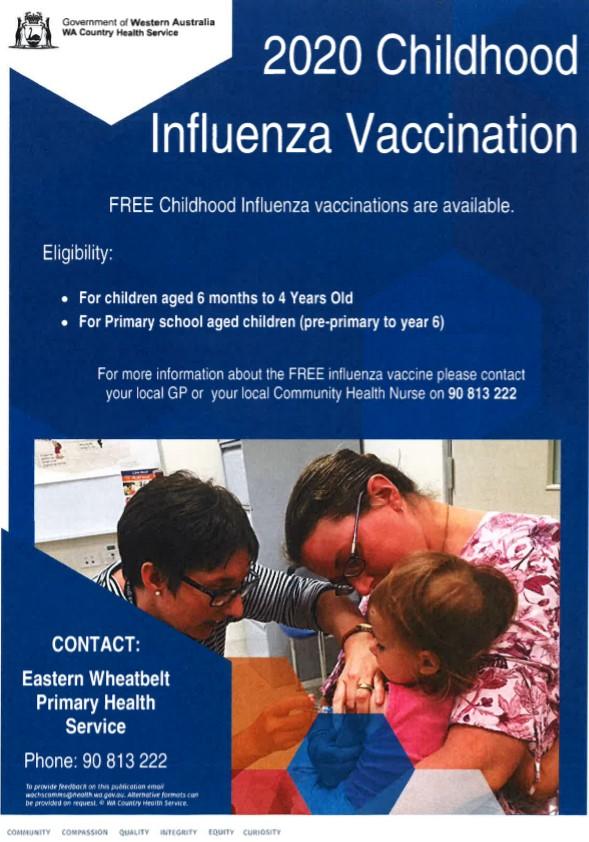