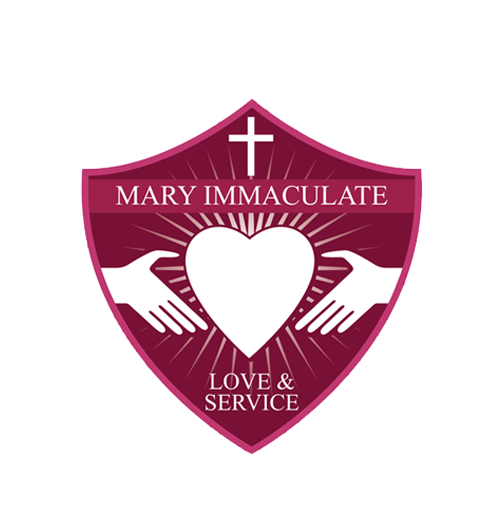 As we near the end of what has been a very busy term we look forward to celebrating our student’s successes at the upcoming Student Led Conferences. These conferences will be held in week 10. Notification on how to book your appointments will be sent out over the next few days.

Once again this year your children will be given the opportunity to share with you their work samples and an understanding of their learning. This process has year after year proven to be extremely rewarding for the students as they are encouraged to take responsibility for their own learning, actions, and decisions in an authentic way. Parents are able to gain an insight into their child’s work, as they discuss their strengths, areas they are most proud of and future goals.

The students have been preparing and are excited to welcome the parents into their classrooms. There will be as in previous years prompting questions and guides to stimulate the conference discussions. Teachers will be available to answer any clarifying questions. If a further follow up interview is required that can also be arranged for another time that is mutually suitable. Enjoy this important time and I look forward to seeing you all.

Student Learning Reports will be made available at the end of week 9. We will reshare instructions on how to log into Compass to gain access to the reports.

I am pleased to also announce that we will be celebrating Grandparents Day and Book Week on Thursday 4th August so please let your loved ones know to save the date. We will provide more information early next term.

A few reminders this Thursday evening 16th June at 6pm we will have Constable John Bollard conduct a cyber bullying presentation for our parent community. This will be a vital presentation for parents of students of all ages as we work towards protecting them.

Kindergarten and new families to Mary Immaculate are invited to join us for a welcome BBQ on Friday evening 17th June 6pm – 8pm.

I look forward to working with you all as we continue the wonderful learning taking place at Mary Immaculate. It really is a wonderful place to be, we are blessed to have such a wonderful Parish, parent, staff and student community.

Keep smiling and may God bless you all. 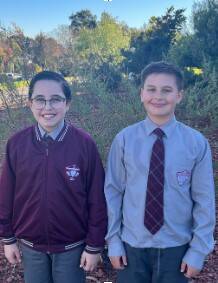 During the past few weeks, every student in Year 6 presented two speeches to their peers. The Year 6 teachers were amazed at the high quality of all of these speeches.

From this pool of wonderful talent, we had two students selected to compete against other schools in our Diocese next term - Anthony A and Lachlan G.

Anthony presented a thought provoking speech about why a sense of humour is important.

Lachlan presented a very passionate and  persuasive speech about spaghetti.

Anthony and Lachlan will represent Mary Immaculate at the Voice of Youth cluster finals at the end of August.

We wish them both the very best of luck!

On Tuesday, 7th June, 8 debaters from Mary Immaculate debated against one another. The teams showed respect to each other, and the opposing team. The topic for this debate was ‘That the internet is more harmful than useful.’

The first speaker of the AFFIRMATIVE team was Isis, the second speaker was Samantha and the third speaker was Hayden, with the refuting speaker being Scarlett.

The first speaker, Isis, talked about electronic warming emissions, eye health and social media which helped construct and analyze that the internet was more harmful than useful.

The second speaker, Samantha, spoke about why TV is educational, that it has fun learning benefits for children and adults and that it can help with health benefits and can reduce stress and anxiety.

The third speaker, Hayden, discussed that the internet can harm your DNA which can lead to personality change and social disorders.

The first speaker of the NEGATIVE team was Nathan, the second speaker was Florence and the third speaker was  Isla, with the refuting speaker being Elena.

The first negative speaker, Nathan, spoke about how the internet connects people around almost the whole world, how it adds convenience to our lives, and how the news keeps us up to date.

The second speaker Florence spoke about how you can listen to music which can help you if you are feeling sad or depressed, how you can learn things and find job opportunities on the internet.

The third speaker, Isla spoke about how the internet can help keep us entertained. It does this through social media platforms including Facebook, Tiktok and Instagram. It also does this through apps like Netflix, Disney+ and Stan.

Both teams tried their hardest during the debate. A close debate saw the Negative team win. Congratulations to the entire Debating Team for their collaborative effort and representation on the day.

School Photos were taken today (family portraits, years 1, 3, 4, year 6 leaders, 6G, 6M). MSP photographers will be returning on Thursday 16th June to photograph Kindergarten, years 2, 5, 6P and remaining family photos and catching up of any students who were away on Tuesday.  ALL students are to wear full Winter Uniform on Thursday (this is to cater for family portraits).

Photos can be ordered through the Compass Parent Portal.  If you have trouble accessing the parent portal please email mimmac@parra.catholic.edu.au or phone front office (9933 7800) for assistance.

The cut off date for ordering individual and group photos is Friday evening to avoid a $20 Archive fee.

Sibling Photos are also available to order through the Compass Parent Portal and must be ordered before midnight PRIOR to photo day. If you are having diffliulties ordering photos please contact the friendly MSP team on 9499 6555.

The uniform shop will be opened every Tuesday and Friday from 8:30am - 10:00am. Please note, orders can still be made via the QKR app.

Please choose carefully as we do not refund if you simply change your mind or make a wrong selection. However, we gladly exchange within 14 ( school term) days.

Returned merchandise MUST be in its original condition with all tags still attached and accompanied by proof of purchase otherwise the exchange will not be honoured. Any item that has been worn will not be exchanged.

Please email all exchanges to elle@ozfashions.com.au.

Please note that Oz Fashions warehouse in Granville DOES NOT sell the Mary Immaculate Uniform in store.

Paula's Pantry will be open before school from 8:25am, lunchtime and recess.

All orders for breakfast, lunch and afternoon tea are to be placed online via QKR app. Please note that the cut off time is 7:50am. Therefore it is advisable to plan ahead and place your order the night before. Please be mindful that you are selecting the correct date/day/child(class) when placing the order.

If your child will be absent from school and you have already placed an online order, please cancel it using the QKR app if it is before 8am. If you have missed this cut off please contact the school office on 9933 7800 by 9am to cancel the lunch order.

If you would like to  purchase ice blocks or another food item for your child to share with their class for their birthday please contact Paula on 0416 048 974.

Please note : Rice Paper Rolls will be not available this Friday. 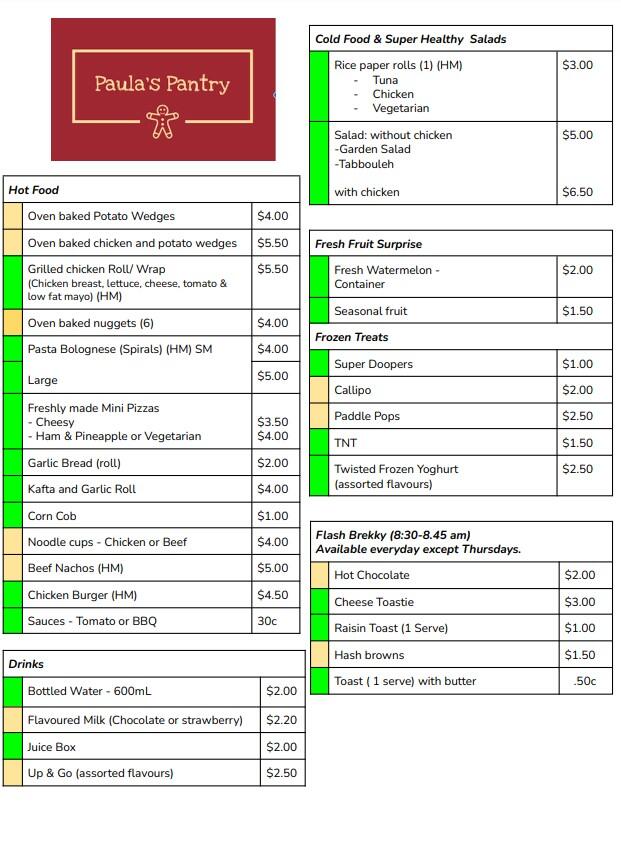 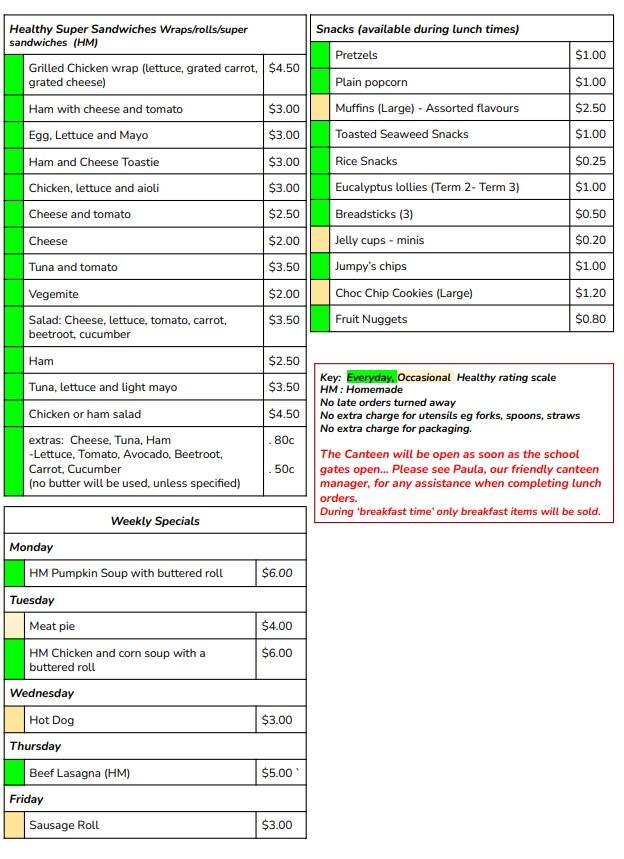 Children in Year 5 or older who have received their First Holy Communion are eligible to apply to receive the Sacrament of Confirmation in September.

All applications are due by 30 June 2022.  To apply, please go to the parish website www.maryimmac.org.au   Click on Sacraments then click on Confirmation 2022.  The application and further instructions are there.  Please call me if you have any questions.  Sister Valerie 0414 638 884 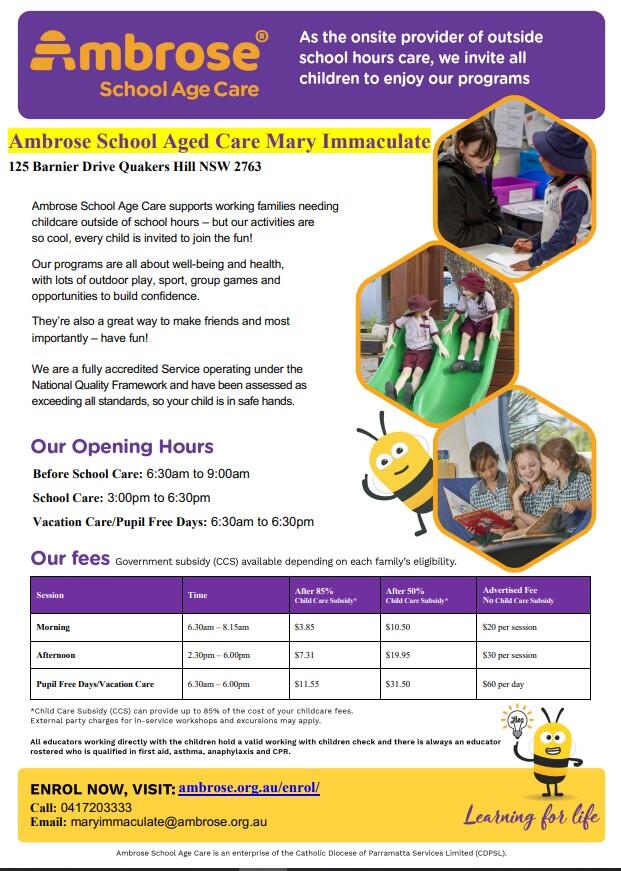 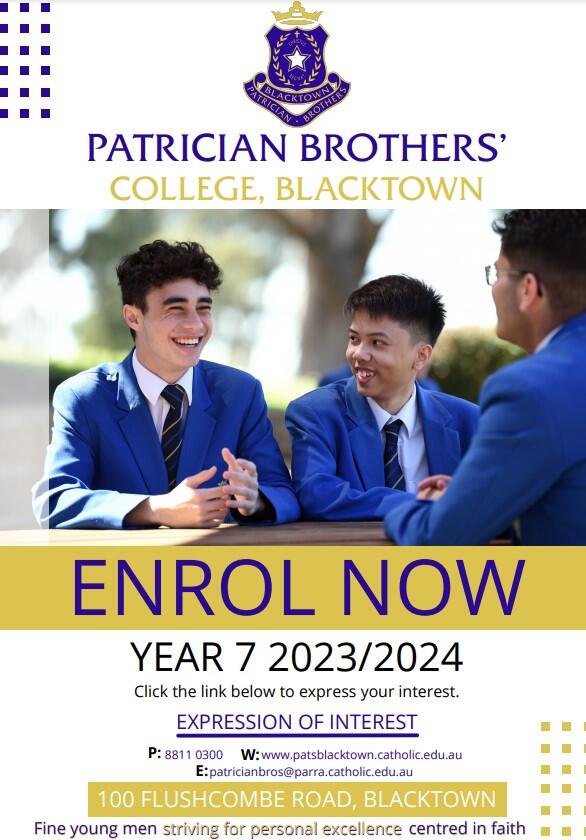 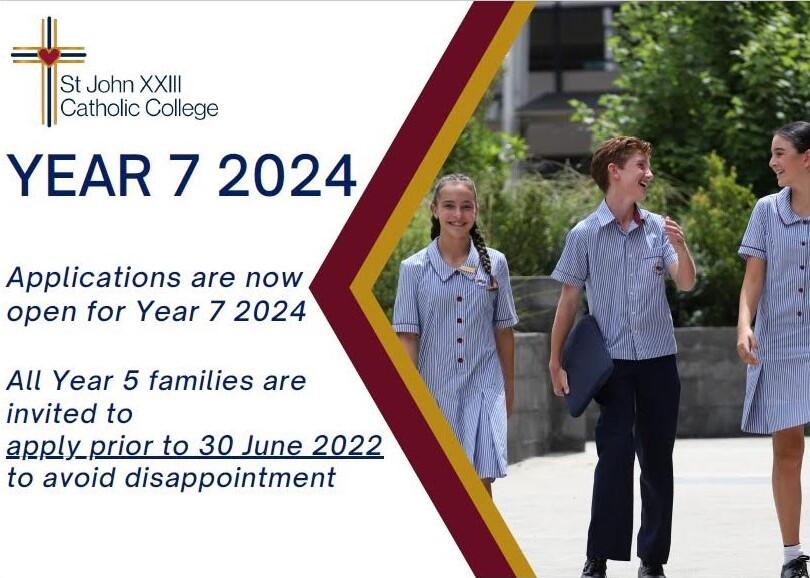 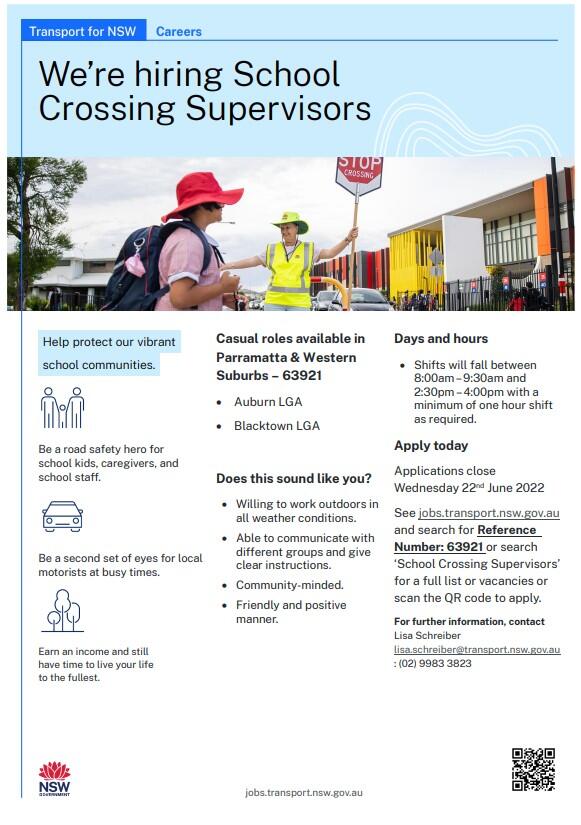 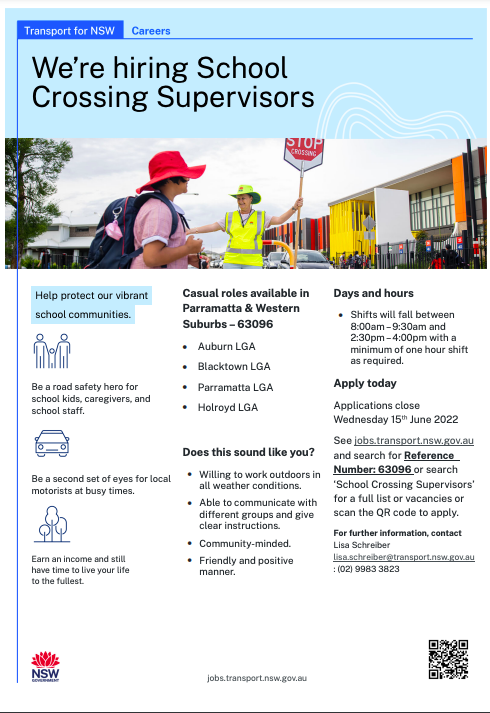 "Please understand we are happy to support local businesses and programmes. However, the following notices are supplied for community information.
This by no means surmounts to an endorsement by the school." (Principal, Mr Stephen Dowd) 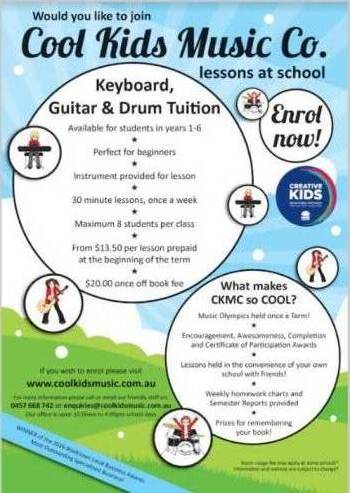 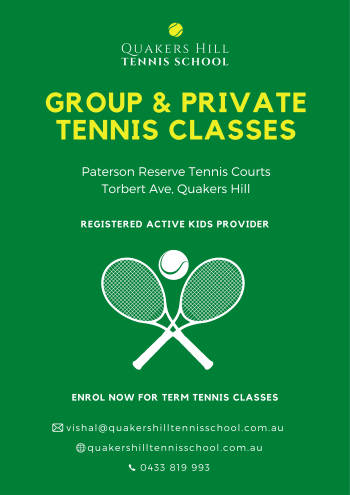 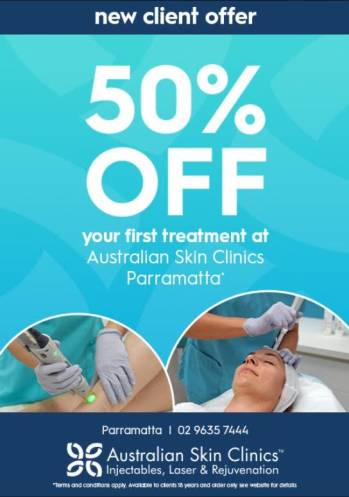 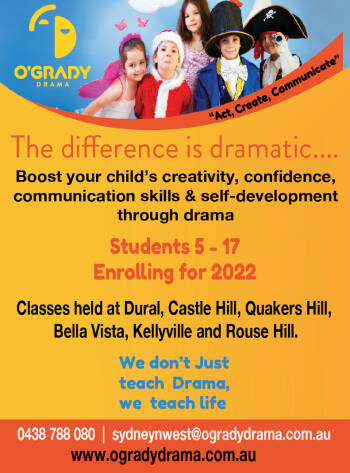 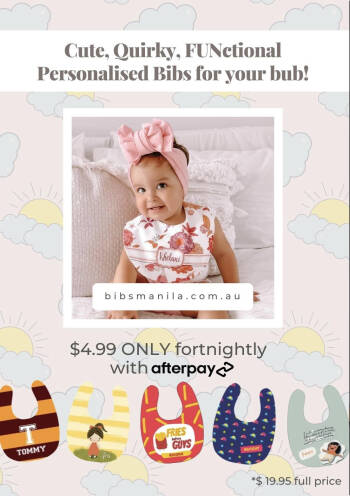 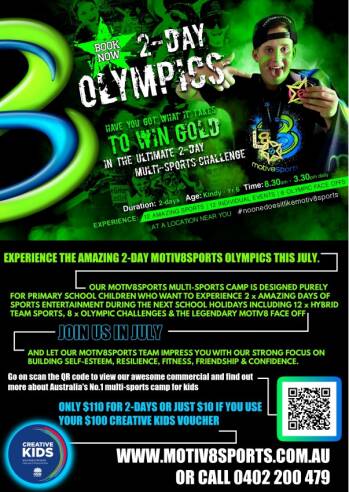 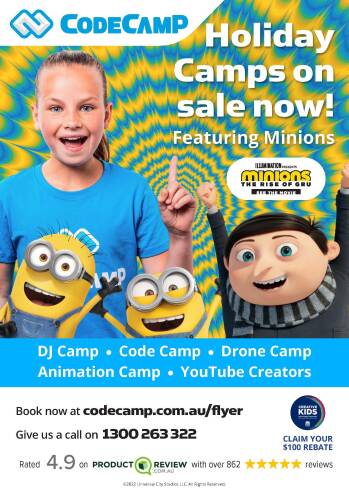 At Mary Immaculate we communicate with parents via the free Skoolbag app that is available from both the App Store and Google Play Store. Skoolbag can be installed on any iOS (iPad or iPhone) or Android device. Downloading the app means you immediately receive updates and reminders to your mobile phone or ipad. Remember to subscribe to your child's Year Group so that you will receive messages relevant to their year.  Instructions on how to download the Skoolbag App are available via this link.

Please refer to instructions provided by Skoolbag if you have changed your email address, so to ensure you still receive skoolbag notifications. 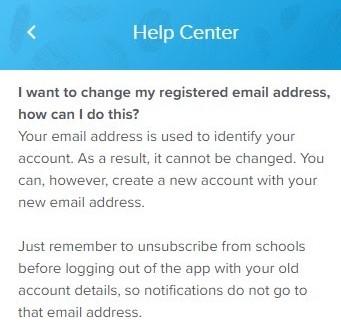 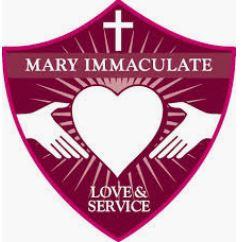