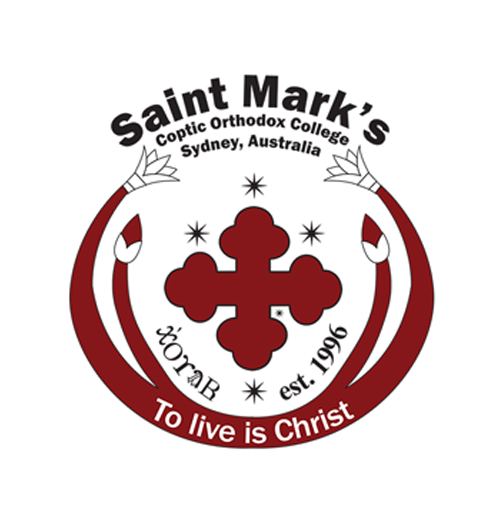 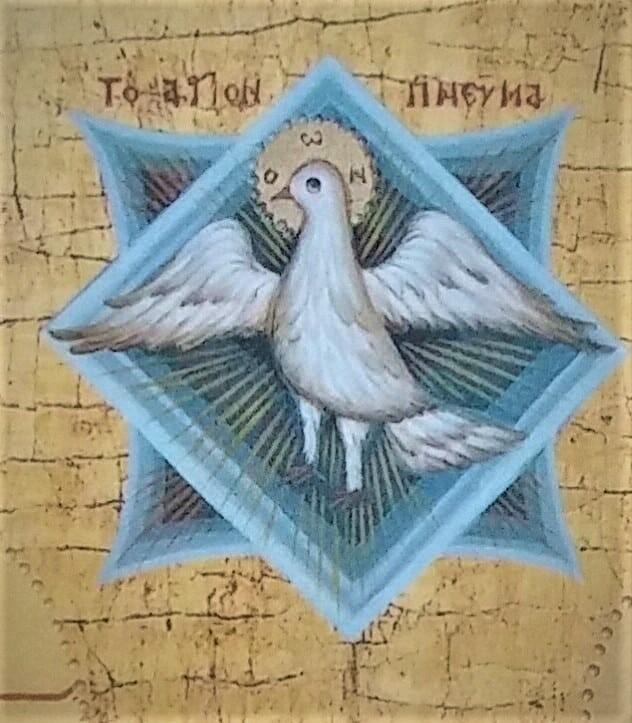 This week a blessed Yr 12 students commenced their HSC Examinations with all students undertaking English Papers 1 & 2.  We all pray that they continue to prepare themselves for their remaining papers and may the Holy Spirit guide their hearts, minds and hands to confidently respond to each question asked.

To commence this short month-long journey, we were blessed with the presence of our father His Grace Bishop Daniel who attended to give his blessings, prayers and annoint each student with holy oil prior to their first examination.  Sayedna, we are humbled and thank you sincerely for taking time out of your exceptionally busy schedule to spend with our students at this time of their journey.

We pray for all HSC students and especially to our sister Colleges that each of our students realise and fulfil their respective wishes with corresponding efforts and skills.

With much thought and consideration, along with the input of designers, the College worked together with Bradley Plookhoy who operates Fusion Wear Uniform Shop to firstly address the short-comings of the existing Boys & Girls Swimming outfits.  Unfortunately such were the design flaws in these items that we were obliged to start from scratch.  Predominately students felt very uncomfortable wearing the required costumes and so, to address the issues of negative body image, modesty exposure without taking away from the importance of speed, comfort, flexibity and school pride when competing in school representative carnivals.  There are now a number of Unisex items that can be worn with, instead of our over other items and our girls especially should find that the various designs now will be far more purposeful and flattering regardless of body shape and size.

At this stage, the Uniform Shop is still selling the previous styles with the new Swimming styles being compulsory for 2020 onwards for all swimming and representative students.  The various items being introduced for 2020 are shown following the Uniform Shop's Newsletter Update.  It also includes the Blue Jumper introduced this year for all Year 11 and 12 students for Winter wear, also required from 2020 onwards.

After numerous applications over the past 5 years, our College finally was approved in February 2019 that a Traffic Supervisor would be assigned to the College.  Primarily due to changed Criteria, we were fortunate through Mrs Melanie Gibbons MP Holsworthy to receive this amazing news.

On Monday, the College welcomed Mr Chris (a local in Wattle Grove) who has been assigned our school crossing by the RMS.  Chris will be present each morning 8 - 9 am, and again each afternoon 2:30 - 3:30 pm.  We cannot thank our own Mr Nagi Salib enough for the amazing VOLUNTEERING of his time and effort since the College first moved to Wattle Grove in 2001.  This is dedication and commitment, and for no personal or monetary gain throughout this time.  Thank you dear Nagi and may God always bless you hundred-fold for your selfless assistance towards always trying to see our children enter and leave the College safely. 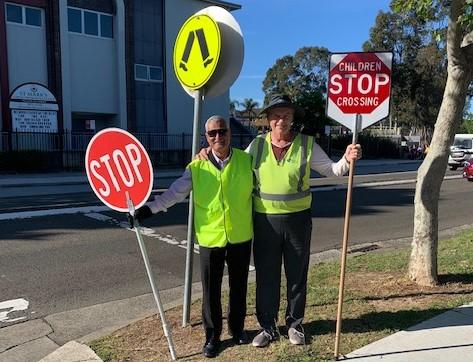 Mr Nagi welcoming Mr Chris. Our sincerest thanks Mr Nagi for your selfless and amazing effort VOLUNTEERING your time and energy in this task since the College began in Wattle Grove in 2001!!! 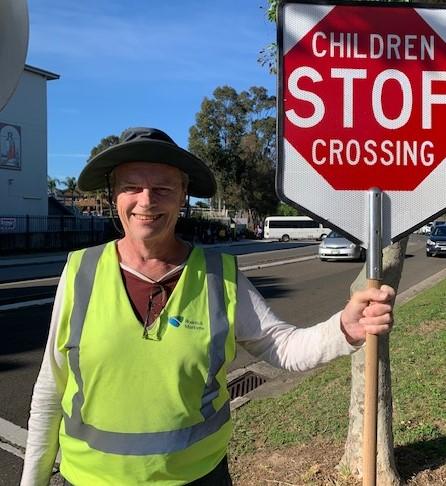 Meet Chris, assigned and employed by the RMS to undertaken Pedestrian Supervision during morning (8 - 9 am) and afternoon (2:30 - 3:30 pm). Please welcome Chris to our College Community. Our thanks to Mrs Melanie Gibbons MP Holsworthy for her attention towards this long standing issue.

Moses' Law arranged seven major feasts (lev. 23), which had their rites and sanctity, as a living part of the common worship. These feasts are: the Sabbath or Saturday of every week, the first day of every month, the Seventh Year, the Year of Jubilee, the Passover (Pasch), the feast of the weeks (Pentecost), the feast of Tabernacles (feast of Harvest). After the Babylonian exile two feasts were added, i.e., the feast of Purim and the Feast of Dedication. The aim of these feasts was to revive the spirit of joy and gladness in the believers' lives and to consecrate certain days for the common worship in a holy convocation (assembly) (Exod 12:16; Lev. 23); and to remember God's promises and actions with His people to renew the covenant with Him on both common and personal levels. The feasts were a way leading to enjoy Christ, the continuous "Feast" and the Source of eternal joy.

When the Word of God was incarnate and became man, He submitted to the Law and attended and celebrated the feasts. However, He diverted the attention from the symbol to reality, and from the outward appearances to the inner depths (John 2, 5, 6, 7, 12); to grant the joy of the feast through practicing the secret communion with God and receiving His redeeming deeds.

Almost all the days are feasts to the Coptic Church. Although she is known for bearing the cross, she is eager to have her children live, in the midst of sufferings in spiritual gladness. She is capable, by the Lord's help, to raise them above tribulations. In other words, the Coptic Church is continuously suffering and joyful at the same time, her feasts are uninterrupted, and her hymns with a variety of melodies are unceasing.

A CHURCH OF JOY

One of the main characteristics of the Coptic Church is "joy," even in her ascetic life. St. John Cassian described the Egyptian monks who spread from Alexandria to the southern borders of Thabied (Aswan) saying that the voice of praise came out perpetually from the monasteries and caves, as if the whole land of Egypt became a delightful paradise. He called the Egyptian monks heavenly terrestrials or terrestrial angles.

St. Jerome informs us about an abbot called Apollo who was always smiling. He attracted many to the ascetic life as a source of inward joy and heartfelt satisfaction in our Lord Jesus. He often used to say: "Why do we struggle with an unpleasant face?! Aren't we the heirs of the eternal life?! Leave the unpleasant and the grieved faces to pagans, and weeping to the evil-doers. But it befits the righteous and the saints to be joyful and pleasant since they enjoy the spiritual gifts."

This attitude is reflected upon church worship, her arts and all her aspects of life, so that it seems that the church life is a continuous unceasing feast. Pope Athanasius the Apostolic tells us in a paschal letter that "Christ" is our feast. Although there are perpetual feasts the believer discovers that his feast is in his innermost, i.e., in the dwelling of Christ the life-giving Lord in him.

The church relates and joins the feasts to the ascetic life. The believers practice fasting, sometimes for almost two months (Great Lent) in preparation for the feast, in order to realize that their joy is based on their communion with God and not on the matter of eating, drinking and new clothes.

The Coptic feasts have deep and sweet hymns, and splendid rites that inflame the spirit. Their aim is to offer the living heavenly and evangelic thought and to expose the Holy Trinity and Their redeeming work in the life of the church, in a way that is simple enough to be experienced by children, and: deep enough to quench the thirst of theologians. 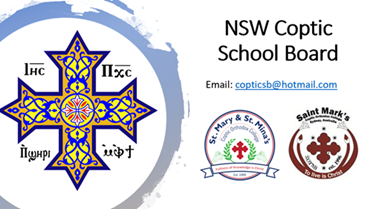 Message from Board to HSC Students & Staff

The Board would like to convey its best wishes for our year 12 students as they undertake their HSC exams. We are confident our students will excel in their performance this year and with your continued guidance and support we will continue to see many great achievements from our students.

The NSW Coptic Orthodox Board of Education

On behalf of the College community, I would like to extend our best wishes to the HSC class of 2019 who commence their HSC exams. This examination period runs from October 17 to November 11 and is held here at the College. There are very strict rules for all other students in terms of Hall access during this time. These are in place to preserve the quality of the examination environment for our Year 12 students.

Please pray for our Year 12 students.

Years 7-10 Exams will take place from Monday – Thursday of Week 4 (Nov 4 – 7). Students should be actively studying at present whereby they prepare rigorous study notes and also aim to replicate exam conditions as part of their study regime. Students and parents are encouraged to refer to the ELES Online Study Handbook (details below) for tips and strategies on how to cope during this exam period. Remember, organisation and hard work are key!

Based on the ELES Online Study Handbook which the College has subscribed to.

If you are someone who freezes or has a mental blank during an exam or is overly anxious you may find that the heightened anxiety is reducing your ability to recall.

Remember that being as prepared as possible and not leaving your study until the last minute can make a big difference in reducing anxiety.  Start your study early and make a plan so that you have time to study what you need to without stress. It is also important to note that the more practice tests you do, the more familiar you are with the test so it will be less intimidating and you will be used to working under time limits.

When you are in the exam if you feel anxious, a good strategy is to close your eyes for a moment and take some long, deep breaths. When you open your eyes do some of the questions you find easy or feel confident about. Meanwhile your subconscious will have a chance to recall the things you are struggling to remember. Another trick is try moving your eyes to different directions, ie looking up and to the left etc. This can also sometimes prompt recall.

You could also seek help from a counsellor for techniques on how to manage stress. You can also visit the MANAGING STRESS unit for more strategies.

Our school’s subscription details are - 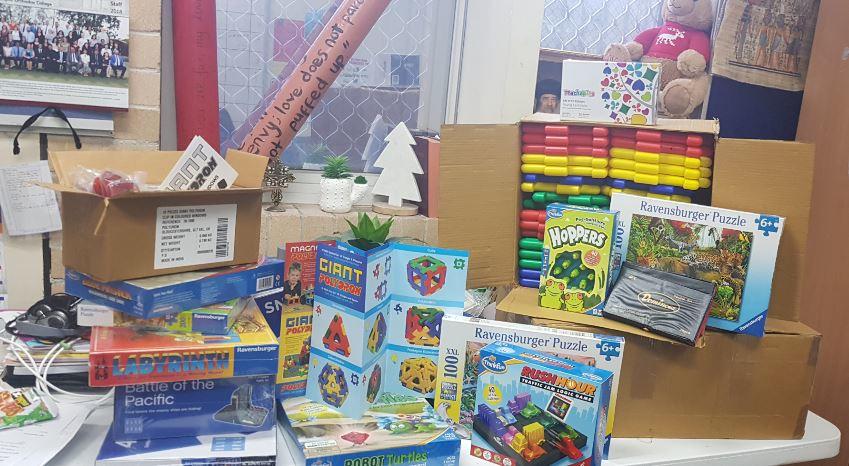 The Primary staff welcome you to Term 4 (Advent Term). This term is busy but promises to be filled with lots of learning opportunities for the children.  Due to your combined support with Woolworths Earn & Learn Stickers, SMCOC received the resources shown at left in the photo.  Our appreciation and gratitude for all who assisted in this Collection.

Please be advised that the Kindergarten to Year 6 Awards day will be held on the 28th November in the College hall from 9:00 am to 11:00 am.

The NAPLAN results have shown that the Reading in year 3 and 5 is improving. In order for this to continue, please make sure that your child in Kindergarten is receiving a reader and is regularly using the Reading Bug Program. If your child is in Years 3 to 6 , please make sure your child is reading everyday and is using the Literacy Pro program and completing the quizzes. This will ensure that the students are exposed to a wide variety of texts and vocabulary.

Please make sure you check all messages and information sent on your child’s class dojo to avoid any confusion or miscommunication. In our efforts to become paperless school, we will be communicating mainly via emails and or class dojo. 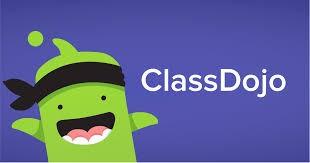 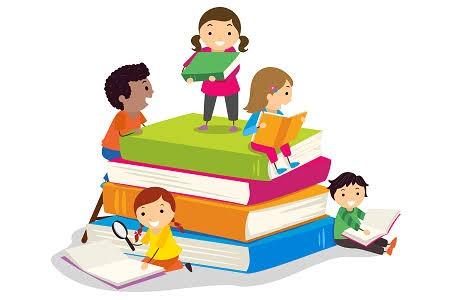 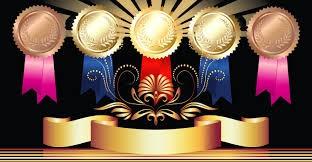 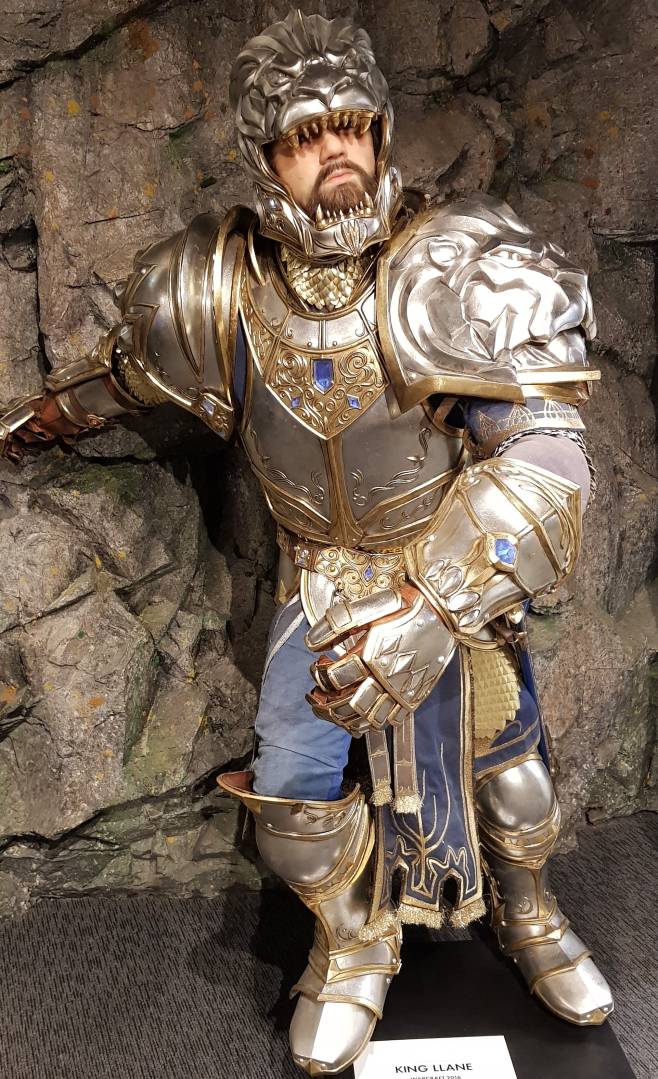 During the holidays I attended the science technicians conference in Wellington, New Zealand, CONSTANZ19.  Held at St Patrick's College at Evans Bay, it was an interesting location as earthquake and tsunami procedures were in place in case of natural disaster.  We took field trips to WETA Cave where we saw how special effects were made for filming, and shown how to make fake blood.  We also took a field trip to Wellington Zoo and spoke to the rangers about caring for animals.  Our workshops were all about chemical safety, laboratory management and legislation.  The head science teacher showed us all his science equipment which included drones and all sorts of physics equipment that he had built over the years. 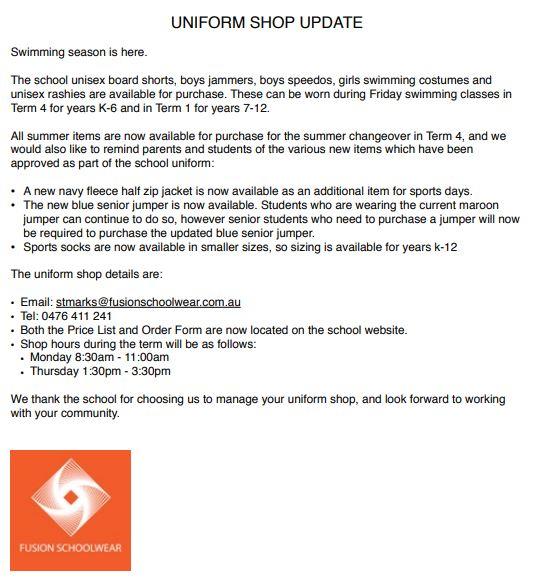 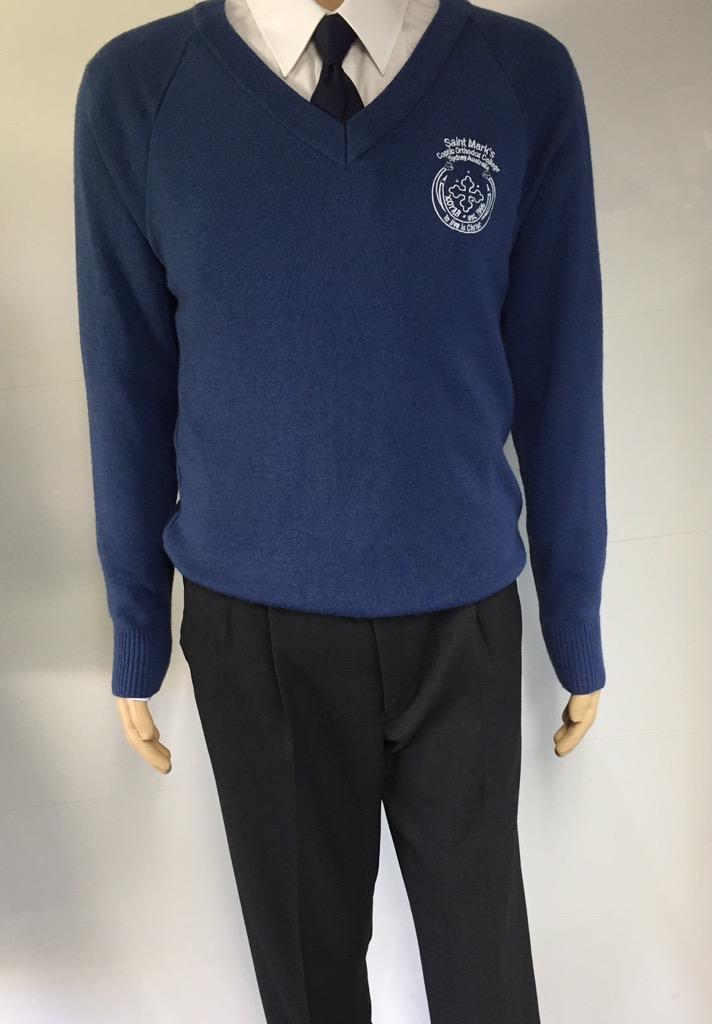 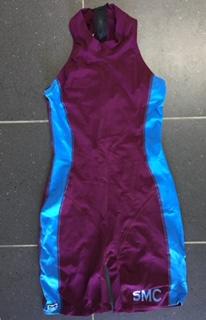 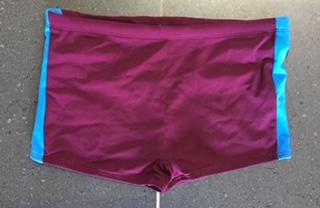 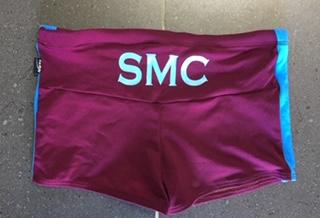 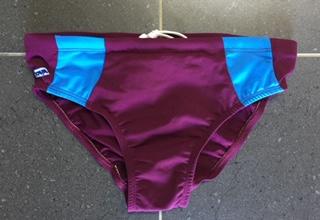 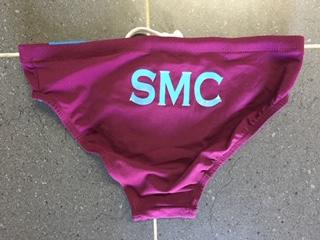 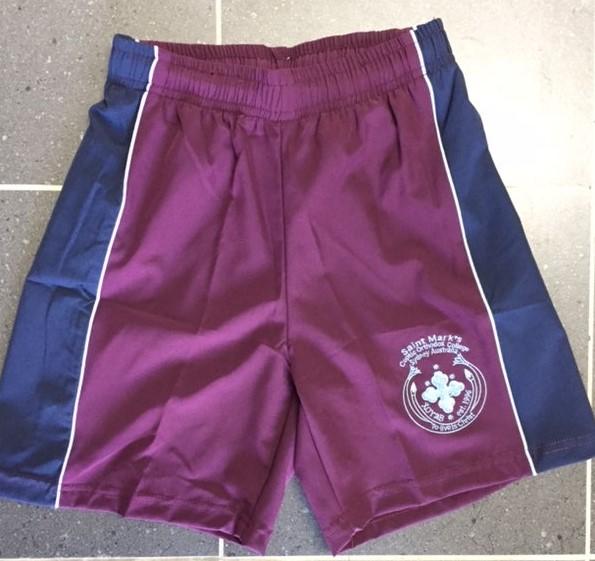 Unisex Shorts Can be worn over Briefs or Girls swimmers 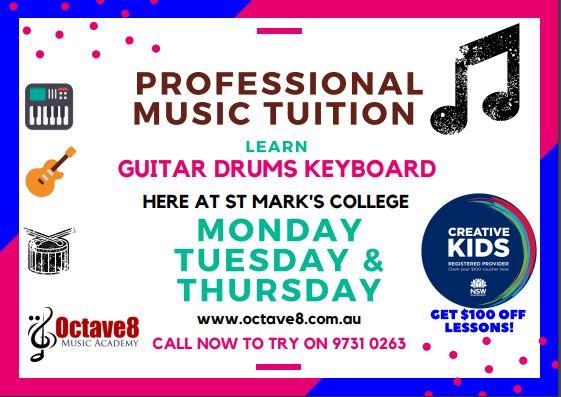 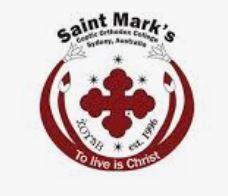