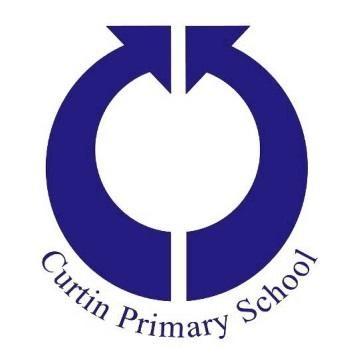 On Tuesday we held our cross-country running events and once again it was another successful day. We are very fortunate to be able to use the local natural environment that surrounds our school. Such events really only occur because of the parent volunteers who help supervise the track and therefore reduce our safety risk. Thank you to all the parents who volunteered their time and encouraged our junior and senior runners. A huge well done to the participating students and a congratulations to Taylor house who won the carnival.

The weather is starting to cool and although it may appear as if the sun is less intense, it is still important for students to continue wearing a bucket style or legionnaire style hat (not caps) until the end of May. Students who do not have a hat during break times will be asked to sit and play in a designated space on the playground. Students are asked not to ‘borrow’ hats from lost property as this is where students go to look for their own missing hat. It can also cause hygiene issues if multiple people are ‘borrowing’ these hats. During the months of June and July, students are allowed to switch to no hat or wearing a beanie if preferred, which may assist with their winter Vitamin D requirements. Until then, it would be appreciated if parents could check with their child/ren to ensure they still have a suitable hat, with their name clearly labelled.

The end of term is also an opportune time for parents to pop past the lost property clothing area to double check that none of the unlabelled items belong to their child/ren. We have some dedicated parents who do their best to ensure clothing and items are returned to students each week. However, a lack of names on labels can often make this a difficult process.

Finally, the end of term is ever so close! I would like to wish our families a safe and enjoyable holiday over the Easter period. I hope you take some time to relax and we look forward to seeing students return on Monday 29 April.

If you see any suspicious behaviour around the school during the holiday period, please contact ACT Policing 131 444.

Parent partnership is crucial for the success of any school. We have been privileged this year to have three parents volunteer their time, thought and expertise by sitting as School Board members. As their term on the School Board has ended, there were three positions available and a formal election was held. It is our pleasure to announce the following appointments to the Board.

Tania Ralston and Alastair James will continue as members. Ken Mansell will join the Board as a new member.

I would also like to give sincere thanks to Joachim Milsom and Georgina McKenzie for their willingness to contribute to the school in this formal role.

Myles Cronin steps down as a parent representative after many years on the School Board, and most recently as President. I thank Myles on behalf of the school community for his contribution to ensuring our school is an effective learning community that is constantly reflecting and improving.  Myles has offered his services to the school by continuing as a Community Member on the Board.

We also thank teachers Leslee Roberts and Tanya Devenish for their contributions as staff representatives for the last two years. Their voice on the Board has led to ensuring decisions are grounded in classroom practice. Teacher, Daisy Jackson and Learning Support Assistant, Kim-Maree Janszen join the Board for the next two years. I welcome their work moving forwards.

I would like to take this opportunity to encourage any parents or carers who are interested in contributing to the school’s direction or operation to attend P&C meetings or join project committees that are advertised throughout the year. As always, I also invite you to make an appointment with your child’s teacher, member of the executive or myself to discuss any aspects of our school’s work.

ACT Public School Enrolments for the 2020 school year will open on Monday 29th April 2019. Online applications and information can be found at the following link:

Notes to be returned

Notes may be downloaded from links found below 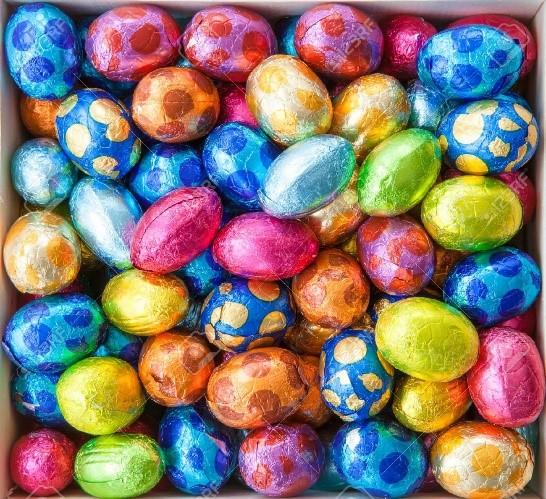 As you would probably know, Easter is coming up, and the school has decided to participate in an Actsmart Schools Easter recycling challenge. The challenge involves multiple schools in the ACT competing to create the largest and heaviest ball made out of scrunched up Easter egg wrappers. Each class will make their own ball out of their classes Easter egg wrappers and the class with the biggest will get a prize!

Then, we will combine all the classes Easter egg wrappers to make a giant ball. The school with the largest and heaviest ball will win a prize of $500 to spend on sustainable products and equipment.

Chocolate Easter eggs are typically wrapped in coloured foil which can be recycled across Australia. Aluminium foil is one of the most recyclable of the products, as it saves the most energy if we do recycle it.  In Australia it is usually made back into more aluminium!

Please bring all of your Easter egg wrappers into school by Thursday the 2nd of May (week 1).

Please ask Madison or any Eco Guardian for more information.

Have a great Easter holiday!

School photos will be taken on the following days:

Pre-payment envelopes have been sent home with your children and need to be returned to school NO LATER THAN Monday 29 April. ALL children must have an envelope to ensure a photo is taken.

If you would like your children to have a sibling photo taken, envelopes are available at the front office. ALL families must have an envelope to ensure a photo is taken.

Expedition 59 Flight Engineers Anne McClain of NASA and David Saint-Jacques of the Canadian Space Agency concluded their spacewalk at 2 p.m. EDT on Monday 8 April. During the six-and-a-half-hour spacewalk, the two astronauts successfully established a redundant path of power to the Canadian-built robotic arm, known as Canadarm2, and installed cables to provide for more expansive wireless communications coverage outside the orbital complex, as well as for enhanced hardwired computer network capability. The duo also relocated an adapter plate from the first spacewalk in preparation for future battery upgrade operations.

·         March 22 was the first spacewalk for NASA astronauts Hague and McClain. McClain became the 13th female spacewalker in history.

·         March 29 also was the first spacewalk for NASA astronaut Christina Koch, who became the 14th female to complete a spacewalk.

·         Space station crew members have conducted 216 spacewalks in support of assembly and maintenance of the orbiting laboratory. Spacewalkers have now spent a total of 56 days 10 hours and 53 minutes working outside the station.

Learn more about station activities by following the space station blog, @space_station and @ISS_Research on Twitter as well as the ISS Facebook and ISS Instagram accounts

Learning about Space: Students from Curtin Primary School (and Preschools) have been asked to think of questions to ask an astronaut. On Wednesday the 22nd of May, 10 students will be chosen to ask the astronauts in space a question, via an ISS radio telephone.

Following the ISS information emailed to all staff and then included in the newsletter last week, I have already had some excited students (and parents) talk to me about the ISS link up at school on the evening of May 22.

To better understand what an astronaut does in space and inspire curiosity, the preschools watched a 'virtual tour' of a space ship, then learnt about how astronauts eat and wash their hair.

The children's questions demonstrated deep thinking, curiosity and developing questioning skills. So far, we have asked: "How do you know it's lunch time when it's always dark?" "Do you feel hot or cold?" "What does space smell like?" "Is your food hot or cold?" "Is there a toilet on your rocket ship?".

Preschool space station construction: On Wednesday the students transformed a large 'box train' into a rocket! During this experience the Possums exhibited excellent cooperation and negotiation skills during the decorating and Building process. We are developing a 'space themed' dramatic play space in our classroom and look forward to adding more items next week.

Learn more about station activities by following the space station blog, @space_station and @ISS_Research on Twitter as well as the ISS Facebook and ISS Instagram accounts

Students preschool to year 6 are invited to submit their questions to me via email.

The deadline for student questions is 3pm this coming Friday (last day of term 1).

I will then submit 20 questions to the organisers of our telephone link up who will in turn send them to the astronauts on the ISS.

Email your questions to Deborah.fitzgerald@ed.act.edu.au

Thank you to all the families who took part in our survey. Your responses have been insightful and informative.

The Be You action team are currently working on collating and organising the data and will soon begin work on planning goals to improve family-school partnerships.

Do you have further concerns?

If the survey questions have raised particular concerns for you or you feel you need to discuss any experiences further, Merryn is available. Contact her via Merryn.O'Dea@ed.act.edu.au or phone the school and make an appointment to speak with her. 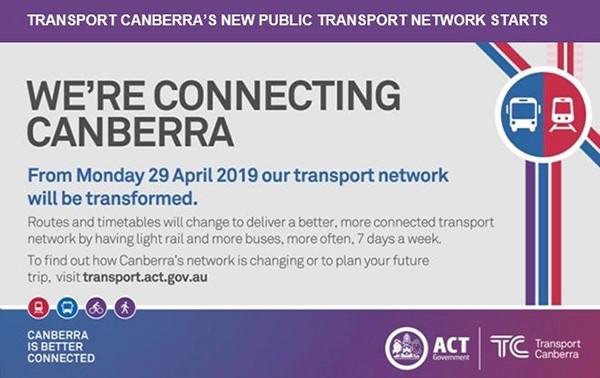 Just a friendly reminder to all parents and students that Transport Canberra’s new public transport network starts on the first day of Term 2, Monday 29 April 2019. For the first time in Canberra, we will see a new integrated network incorporating buses and light rail.

Students can use the TC Journey Planner to plan their trip to and from school. As part of the new network some bus stops will be closed, so please check your options via the journey planner. The journey planner and on line school maps are the easiest and most effective way for students to check the best options for school trips. 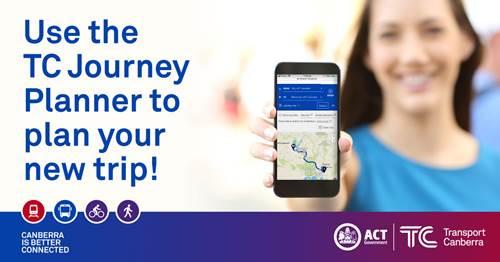 Congratulations to all our swimmers who swam at the South Weston Swimming Carnival last Thursday.   All our swimmers put in a fantastic effort and thank you to our family members who came out to support the team.

We had 2 swimmers qualify for the ACT Carnival next term:

Congratulations to TAYLOR house for winning the Cross Country Carnival!

Thank you to all those family members who came and assisted as a marshal on the senior cross country course.  I hope all the children enjoyed the event.

Please see the results (top 5) below.  Children 8-12yrs will have the opportunity to represent the school at the South Weston Region Carnival in week 6 next term (Monday 3 June) at Stromlo Park.  Notes will be sent home next term.

Ribbons will be presented in class this week. 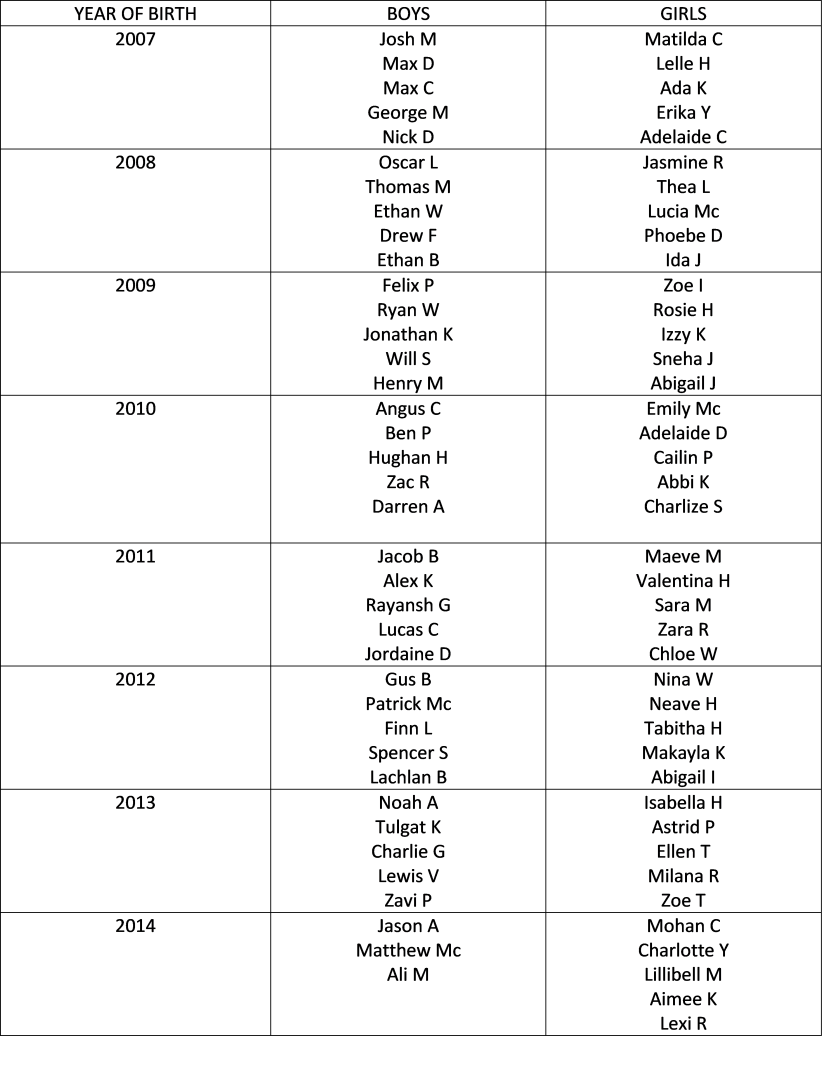 We are looking for parents who would be willing to cover books over the holidays. Jane is happy to show you how if you can come to the Library Thursday.

Hope everyone has a wonderful holiday and has lots of books to read! 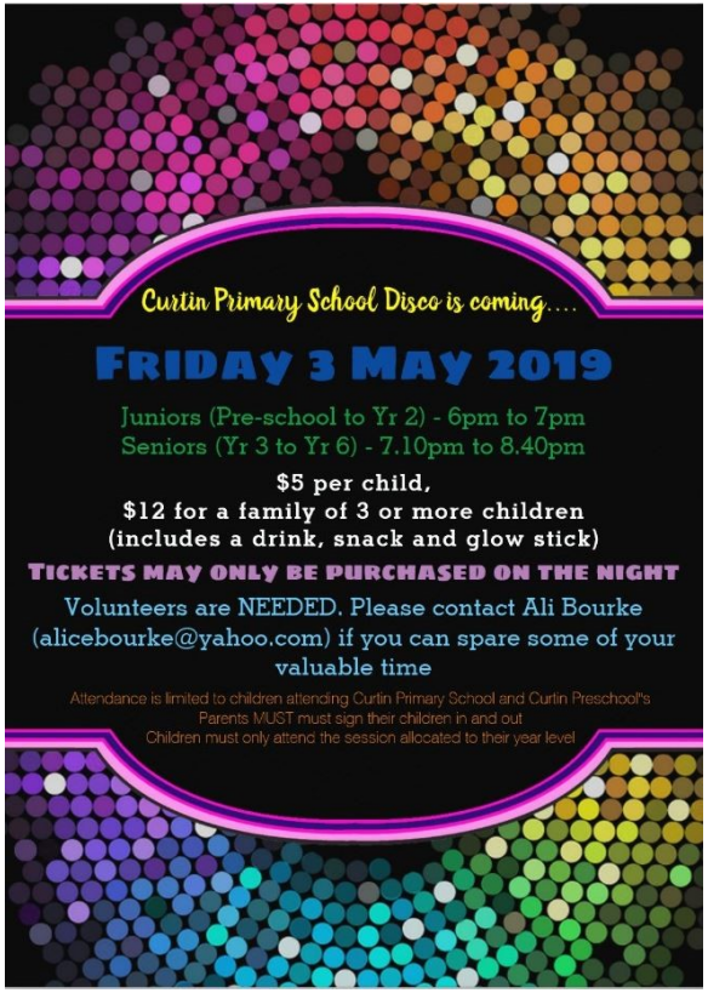 Thank you to everyone who purchased raffle tickets. The winners are as follows: 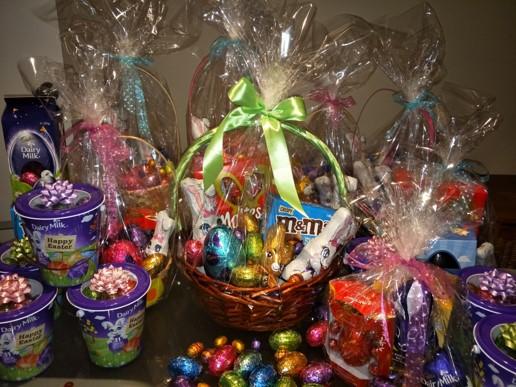 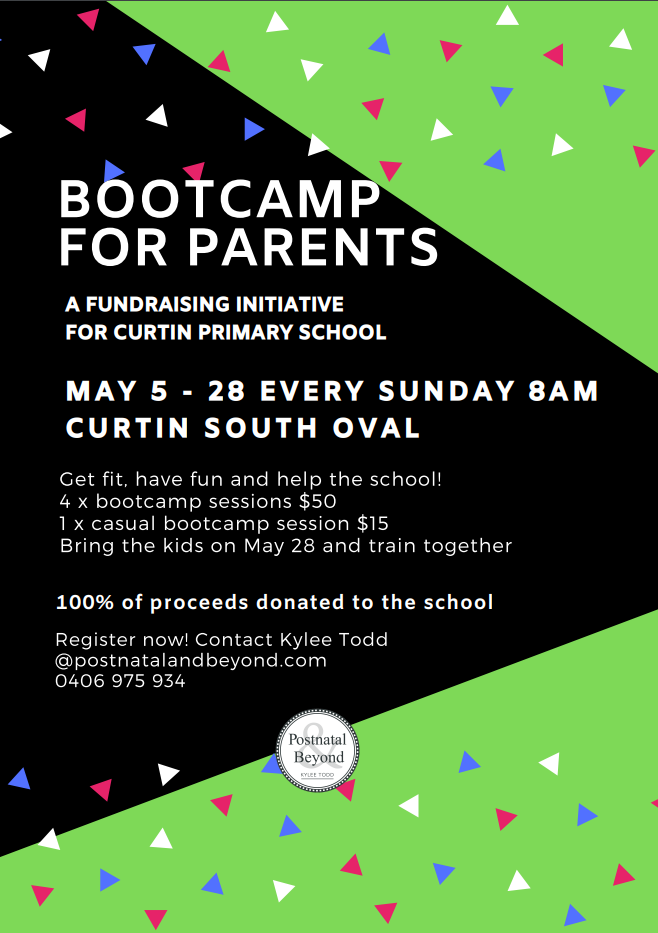 The uniform shop is located opposite the canteen and is open from 8.30am until 9.30am each Wednesday.

Out of School Care & Holiday Program

Our OSHC services provide children with recreation-based activities that emphasise social interaction and a sense of fun in a safe and secure environment. A range of activities is offered including crafts, sports, games, dramatic play, construction, cooking and excursions. Our services are based around the National Quality Framework and are designed to stimulate and encourage social development. Our services are registered with the Australian Children’s Education and Care Quality Authority (ACECQA) and work within the National Quality Framework and the Principles outlined in the Early Years Learning Framework (EYLF) and My Time, Our Place (MTOP) documents.

Our Opening Hours are: 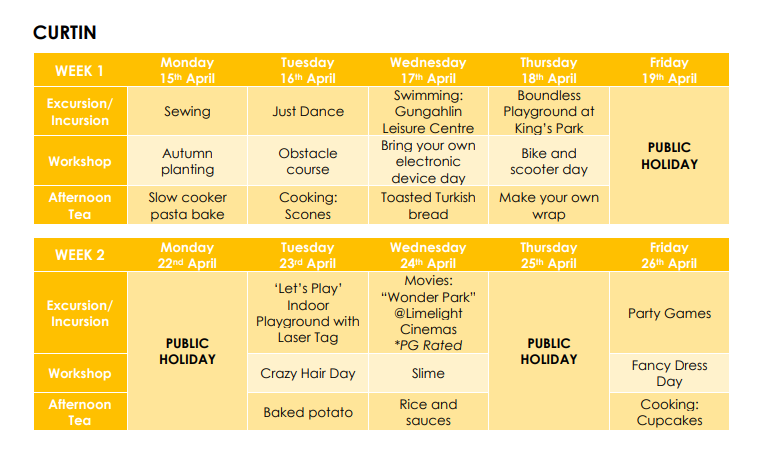 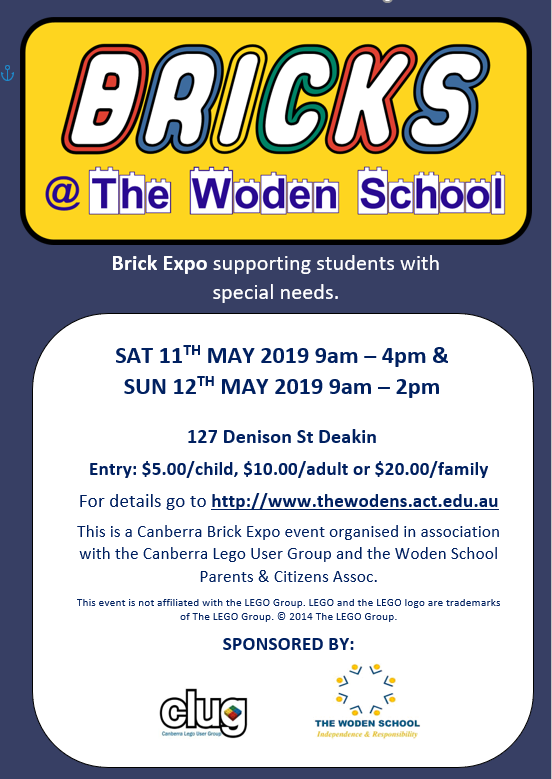 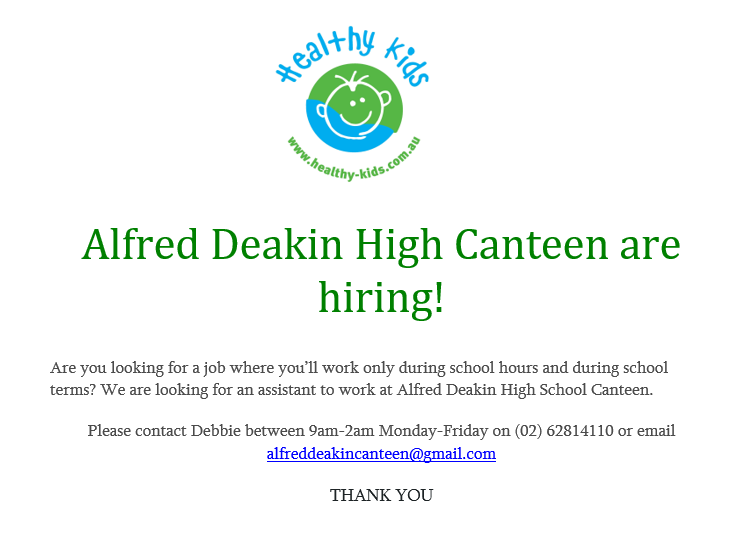 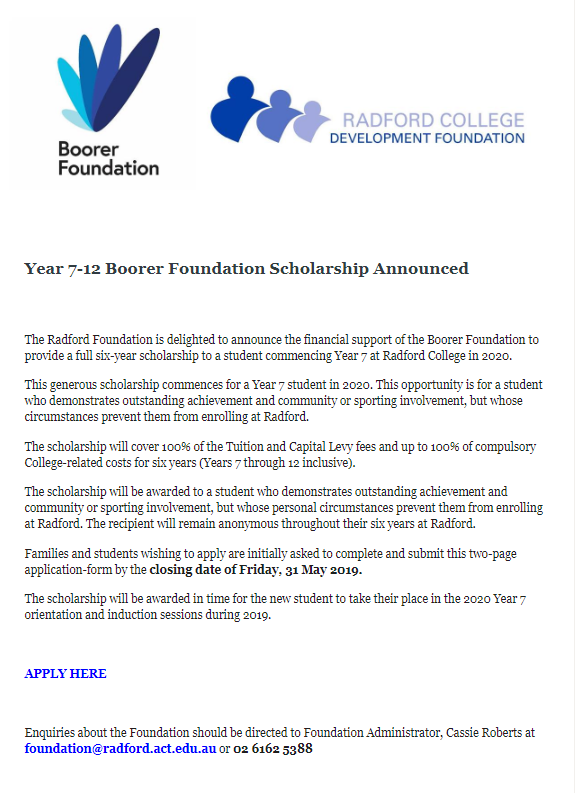 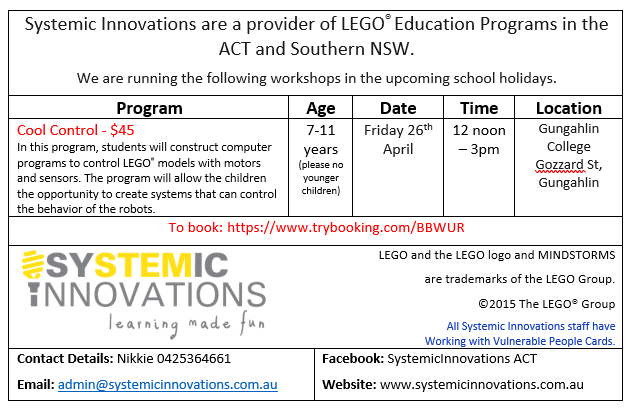 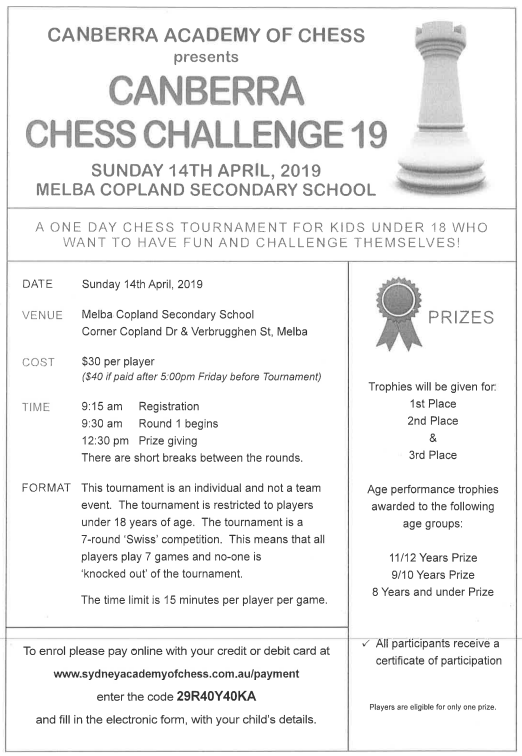 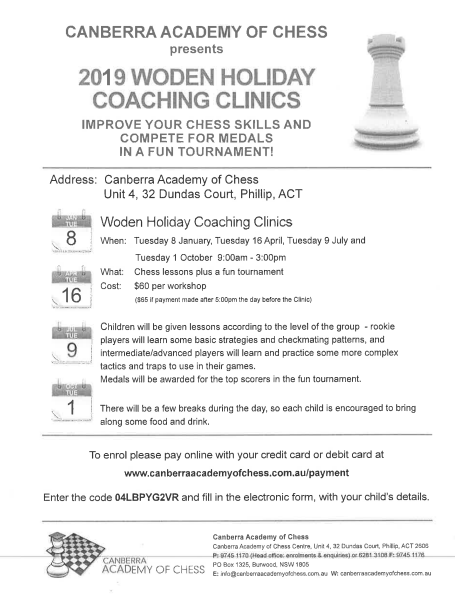 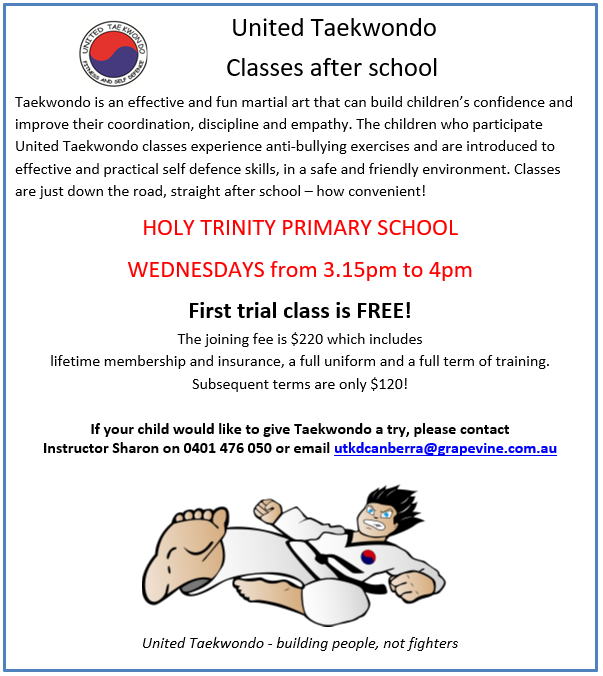