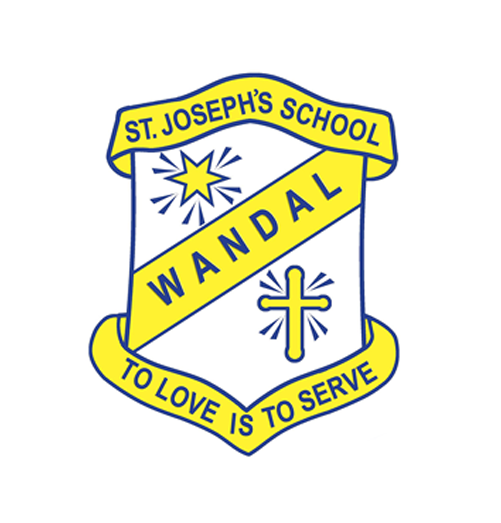 In Praise of Hobbies

On the weekend, I cleaned some heirloom tablecloths.  Two had been beautifully embroidered, the other painted.  After scrubbing and dubbing to get rid of the stains, they gave me joy as I hung them out in the sun.   What pleasure they must have given to those who created them. I wondered on what could have been happening in their lives during their creation.  Maybe there was war, or the Spanish Flu, or family tragedy as well as the good things that can fill our lives.  There would have been times when their creators might have been bored, or troubled – or even challenged by the work.  As I ironed one cloth, I noticed that the embroiderer had added pieces down both sides as the original material wasn’t wide enough. The seams were hidden beneath the embroidery.  Clever.

We are made to create.  Made in God’s image, we are made to create.  There are times when we need to relax passively, like watching movies etc. or playing games but we have a deep need to engage in creation.  To move in our world and engage with it. Surfing, golf, netball do so much for our mental and physical health.  Creating things, especially beautiful things expand out spirit and ground us in the best of ourselves.  A piece of woodwork, calligraphy, a garden we have created, some music we have played, or even composed invite us to stand back and affirm our goodness.  Do not underestimate what such creativity can do for your emotional and spiritual health.

As you go through this week, notice what you do to refresh your spirit, how you create in your ordinary daily lives.  There will possibly be things you are already do that are creative – you just hadn’t noticed them.  Or there may be dreams you have wanted to fulfill that you have put off.  Take up that instrument, pick up the pen or circular saw.   Be what God has made you to be: a creator.

Following the most recent events and development with regards to COVID-19,  and the potential impact on Queensland, we wish to clarify that visitors are still welcome to access the school site. However, this now excludes visitors who are visiting the school who normally reside in the south east corner of Queensland or interstate.

This Saturday, we celebrate the Feast Day of Saint Mary of the Cross Mackillop. As the Foundress of the Josephite Sisters, and of our school, Mary Mackillop and her story play an important part in the charism, history and identity of our school. Yesterday afternoon we were delighted to be joined at our staff meeting by Sister Margaret Smith, Sister of St Joseph and longtime friend and supporter of Catholic Education. Sister Margaret will also be ‘popping in’ to our Friday morning Prayer Assembly. Happy Feast day, Sister Margaret.

In our school’s history, 23 women and 3 men have been entrusted with the responsibility of guiding the St Joseph’s Wandal community. The Sisters of Saint Joseph led our school from our first year of operation in 1912, until 1990: 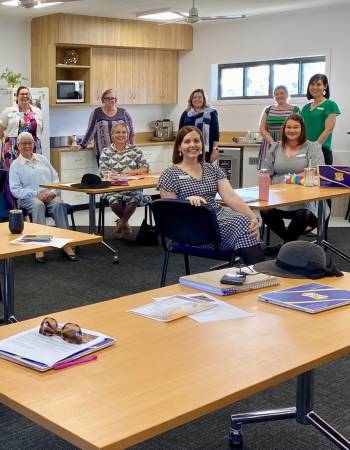 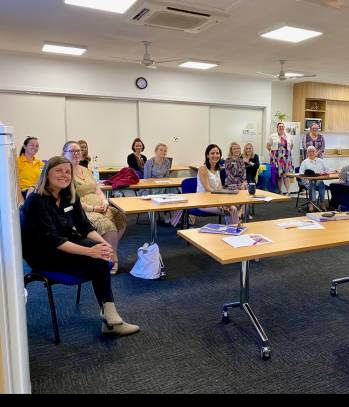 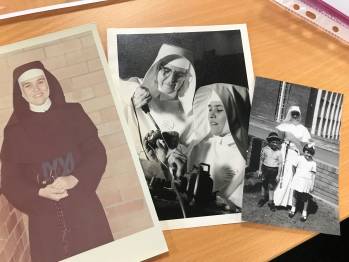 PARENTING ARRANGEMENTS: At the commencement of each year, families are required to detail their family arrangements and inform the school of any custody arrangements / Parenting Plans, etc. If a custody Court Order or Parenting Plan is in place, the school requires a copy of this which will be placed in the student’s file in order to assist staff and parents and ensure an appropriate duty of care for each child. If there is a change in family arrangements, parents are asked to inform the class teacher and principal, making sure that contact details are always current and ‘pick up and drop off’ arrangements are clear.

LEAVING SCHOOL GROUNDS: Children are not permitted to leave the school grounds unless the school principal has received notification from the child’s parent. We will not permit your children to be collected from school by anyone other than those listed as Emergency Contacts on your enrolment forms. If you are unsure who is currently listed, or you wish to update your records, please email this information to the admin staff. If there are occasional, or one-off instances where you wish for another family, or someone else to collect your children, please ensure the office has received written (email) notification of this. This is for the safety and protection of our students and we thank you for your cooperation and understanding.

One way of showing pride in our wonderful school is wearing our uniform with pride. Unfortunately, there seems to be an increase lately of inappropriate, and more frequently, untidy haircuts. Please re-familiarise yourself with our Uniform Guidelines:  http://sjwlrok.catholic.edu.au/documents/uniforms.htm on our website, particularly:

Hair is to be neatly groomed, the student’s own natural colour and, if shoulder length or longer, tied back away from the face with a navy/ yellow or white hair accessory. There are to be no extremes in style or cut. If doubt exists with a style of hair, parents should check with the Principal before having a style change.

Boys seem to be favouring long fringes at the moment – if their fringe is reaching their eyebrows, it needs to be pinned back or cut…..or at the very least, combed please.

Homework Club operates every Tuesday afternoon in the Be-Hive (3.20-4.20pm.) Homework Club is available for children in Years 3-6 and is supervised by senior students from The Cathedral College. Parents (and students) who wish to take advantage of this service will need to book in by contacting the school office by 10am each Tuesday. Students are welcome to bring a small snack and will need to be collected from the Be-Hive promptly at 4.20 pm.

P and F and School Board Meetings

Our Next P and F meeting is scheduled for tomorrow afternoon at 5.15pm. We will meet in the staffroom, but a Zoom option will also be provided if there is interest. Please email the school office if you would like to link in with us via Zoom.

A reminder that all parents of enrolled children are automatically members of the school’s P and F. All are welcome to attend, and we would love for you to join us.

The school board will meet directly after the P and F, at 6.15pm, also in the staffroom. A Zoom option will also be available for our School Board members if they are unable to attend in person.

Please do not hesitate to give me a call, or make an appointment to see me, if you are unable to meet your payment commitment.

School Banking is back!

Remember, School Banking Day is Thursday.  Student deposit wallets will then be made available for collection from the office on Friday.

School Banking is a fun, interactive and engaging way to help young Australians learn about money and practice good savings habits. For each weekly deposit made at school, students will receive a Dollarmites token. Once they collect 10 tokens, they can redeem them for a School Banking reward.

If your child has previously participated in School Banking, or has an existing Commonwealth Bank Youthsaver account, they can start banking straight away by bringing their Dollarmites deposit wallet to school on School Banking day.

If your child has lost their deposit wallet, please contact your School Banking Co-ordinator or visit any Commonwealth Bank branch for a replacement.

From the Assistant to the Principal: Religious Education (APRE)

Saint Mary of the Cross, from your throne of grace

Tenderly cast your gaze upon the human race.

Saint Mary of the Cross, please hear us when we pray

And guide us through the challenges, that we meet today.

Saint Mary of the Cross, you persevered when trouble came

Teach us who struggle on this earth, to do the very same.

Keep the people of this land safe within your care.

Help us to use our talents and with each other share.

Saint Mary help and guide us , so that in heaven we may meet

and all the saints and angels, joyfully we’ll greet.

Saint Mary of the Cross MacKillop

Free Dress Day for the Feast of Mary MacKillop

The Feast Day of St Mary of the Cross MacKillop is 8th August, which this year falls on a Saturday. We will celebrate our foundress' Feast Day on 7 August with prayer led by Year 2. Students are invited to wear free dress on 7 August and donate a gold coin. Funds raised will go to The MacKillop Foundation. 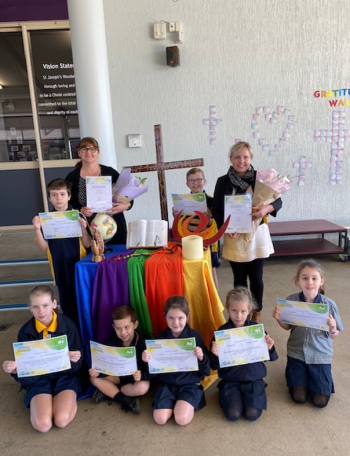 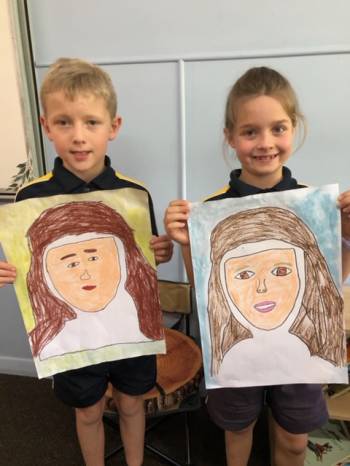 Please join Year 2, in the Hall on Friday 7 August, at 8.35 am.  Acknowledgement and reflection on the contribution of Australia's first saint, Saint Mary of the Cross MacKillop, will be the prayer focus on Friday.

A webinar series for professionals working with dads and families. Join the webinar series and gain knowledge, practical advice and strategies to engage dads and families in positive and effective ways. Over three sessions, you’ll learn in depth about our fatherhood resources and professionals’ toolkit. Each session includes interactive elements, group discussion and Q&A. Running throughout August and October 2020.

Join one of the FREE webinars and get options for being a dad, the relationship with your partner and connecting with your kids.

Sharing resources developed for dads on:

All sessions run from 2pm-3pm via Zoom. A link will be sent shortly before the sessions commences. Further information and bookings here. 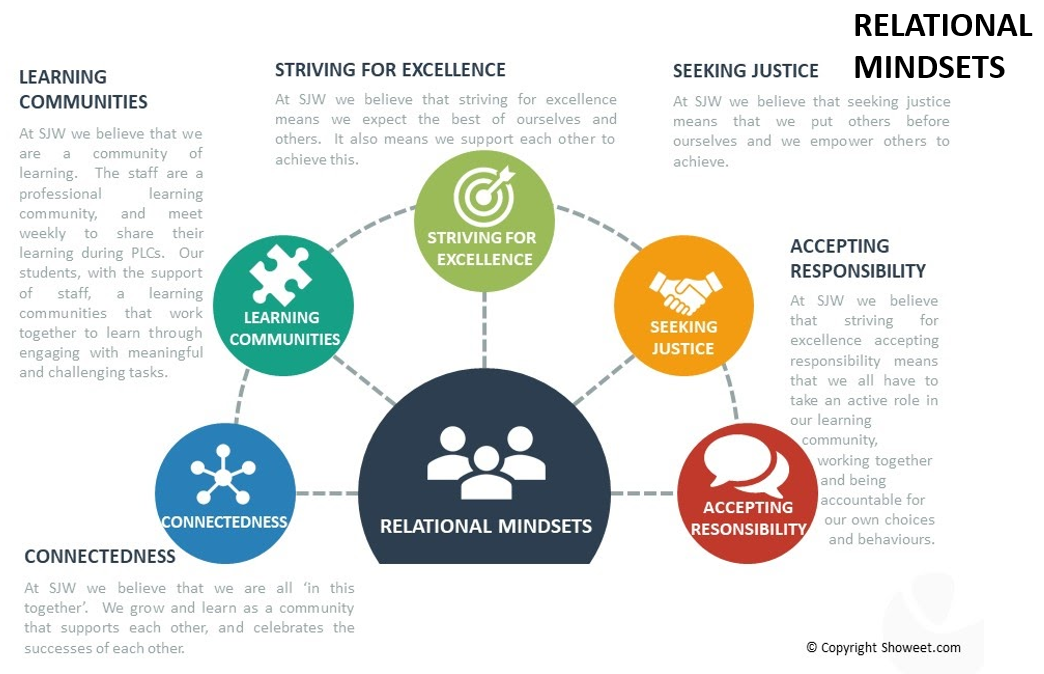 Our dedicated teachers are currently investigating spelling, and how we can best support our learners to become adept spellers with a good understanding of spelling patterns and word origins.  One tool we are using is a spelling interview, where we ask some students about how they spell and how they see themselves as learners.  Try having a convesation with your child, sharing how you see yourself as a 'speller' to support their learning. 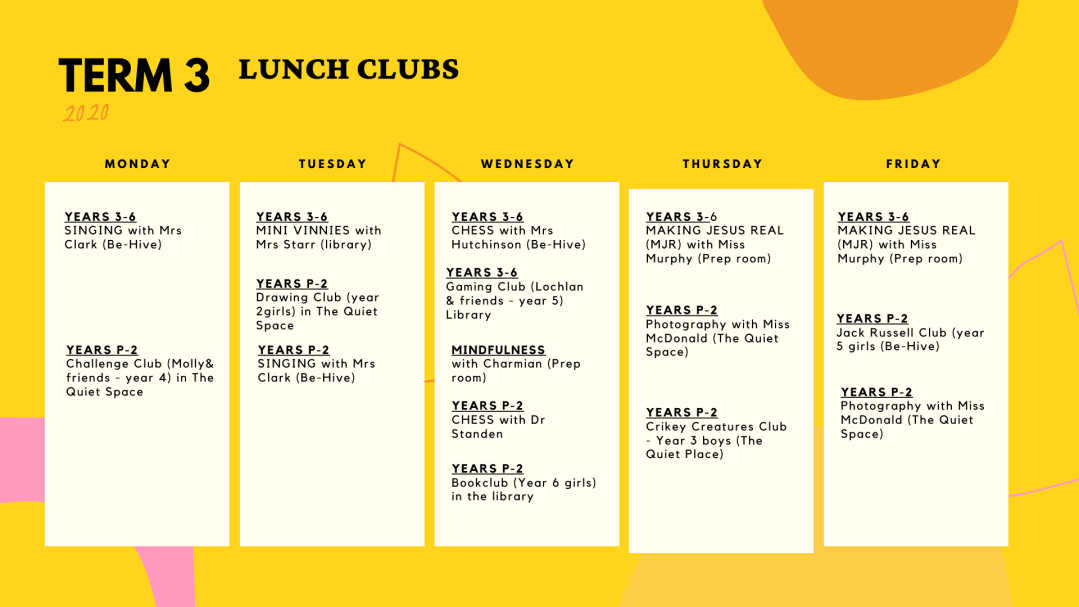 Thank you to all coaches and managers who responded.  This year our player expression of interest is low.  We may be able to field teams in the under 6 Mixed and the Under 8 Mixed if further interest is expressed via email to sjwl@rok.catholic.edu.au .